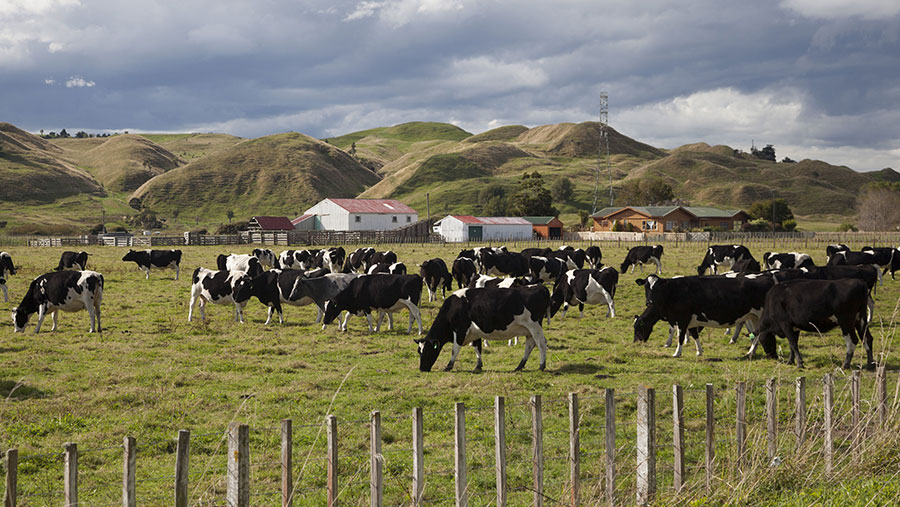 News of the outbreak of Mycoplasma Bovis in New Zealand and the government plan to cull 150,000 animals in a bid to eradicate the disease, has now reached mainstream UK media.

Dairy farming remains a cornerstone of the economy in New Zealand, with milk being their single largest export, and accounting for 3% of world dairy production.

Reports claim that the M.Bovis outbreak could cost NZ$1.3bn (£676m) over 10 years, so it makes sense to come down hard while they can and attempt to eradicate the disease by culling all cows on affected farms – something no other country has achieved.

The number of animals due to be slaughtered, along with the cost (the majority of which will be taxpayer-funded) sounds horrifying to the public, but put in the context of the one million dairy cows that are culled annually in the country from a national herd of 6.6 million, it suddenly seems much less shocking.

In 2016, nearly 40,000 cows were slaughtered in the UK because of TB, and over a million animals were culled after the 2001 foot and mouth outbreak.

Sensational headlines calling this “the biggest cull in the nation’s history” are unhelpful and untrue.

I don’t mean to trivialise the slaughter of these animals, most of which will probably be healthy. It will inevitably take an emotional as well as financial toll on farmers.

But it is refreshing to see a government which wasn’t perceived as “pro-farming” take what appears to be a strong and rational stance on this issue.

Prime minister Jacinda Ardern stated: “The decision to eradicate is driven by the government’s desire to protect the national herd from the disease and to protect the base of economy – the farming sector.”

Unfortunately, in the UK farming is no longer the base of our economy, and this is partly why the disconnect between public perception of agriculture and reality seems to be increasing.

This is something New Zealand is now experiencing much more strongly as the new government places a greater focus on animal welfare and environmental concerns, forcing the industry to rethink its scale and volume-based approach, and give more consideration to sustainability.

These are issues that the UK continues to grapple with, particularly in light of Defra secretary Michael Gove’s vision for our future.

Whereas New Zealand agriculture has benefitted from years of growth with relatively little regulation (their animal movement records are nothing like as stringent as ours, and probably part of the reason M.Bovis has been able to spread), the UK has already coped with decades of EU regulation.

As such, we are in some ways better equipped to deal with whatever Mr Gove (or whoever takes his place) throws at us post Brexit.

But it would be good to see some more joined up thinking when it comes to UK agricultural policy, and a clearer commitment to profitability and productivity, which are after all the main reasons we farm, rather than a relentless push towards environmentalism and “public money for public good”.

Their handling of the M.Bovis crisis so far suggests to me that New Zealand’s government has a better handle on this than ours.