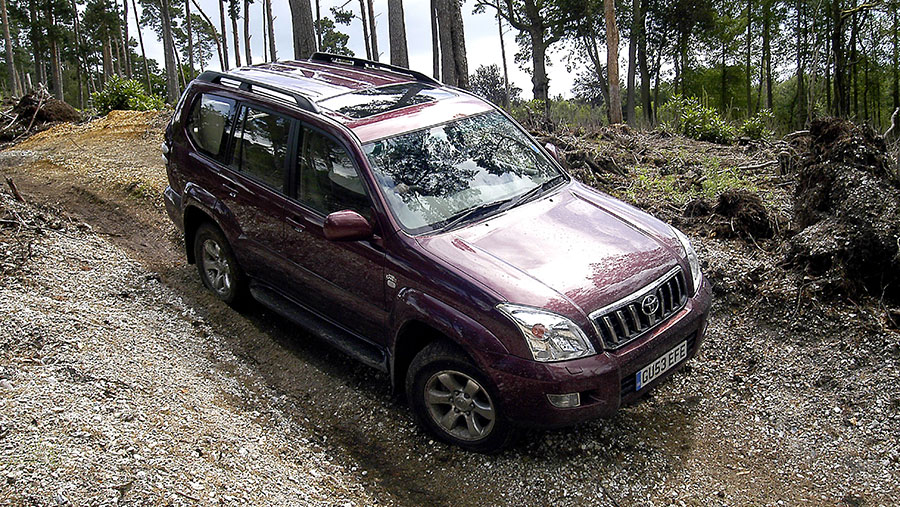 Having imposed a moratorium on all further machinery expenditure on my farm until after Brexit, it’s not often that my eyes are drawn to the Machinery section of Farmers Weekly.

I once owned one of these magnificent pieces of Japanese engineering and can confirm they are almost indestructible.

I’m no mechanic, but even under my terrible care that Landcruiser VX four litre turbo diesel just kept on going, no matter what work I threw at it. (In the end, I drove too close to a gatepost one too many times – but mechanically it was still rock solid, with more than 200,000 miles on the clock.)

None of that, of course, will surprise you.  The Toyota Landcruiser has largely displaced all rivals in places where reliability and vehicle longevity really matters – whether that be the mountains of Afghanistan or the safari plains of East Africa.

But what drew my eye in that Farmers Weekly report was that the magazine is “still eagerly awaiting news of a vehicle from the Land Rover stable that’s made it to the high-mileage club”.

Over a near 40-year career, I have owned two Discoveries and actually lost count of how many Defenders, but I can’t remember a single one that ran particularly reliably.

And, as they got older, so the engine and transmission issues multiplied to the point where I always felt obliged to trade them in or scrap them, well short of the 200,000 mile, let alone 500,000 mile mark.

What has also stacked the odds against many Defenders coming forward to the “high-mileage club” is just how unbelievably uncomfortable they are to drive.

The seating position is more or less fixed and impossibly upright. If anyone were crazy enough to drive a single Defender for a total of 500,000 miles, they would have to be lifted bodily out of the vehicle, arms still stuck out at 90deg, like the little toy drivers in the model cars my daughters used to play with.

Despite all this, I remain a Defender fanatic. I run three on my farm (two 90s and one 110) which means there should always be one to drive that is not in the garage being fixed.

My wife, on the other hand, refuses to go near any of them because she says they “attack” her. She claims there are so many sharp edges and terribly designed levers and doors that she can’t drive one without suffering severe bruising.

If I do manage to persuade her to drive one and make the mistake of asking her how it went she will mutter: “It got me here, here and here” and then roll up her sleeve, trouser leg or sweater to reveal various bruises or skin abrasions.

I will keep an eye on the milometers of my three Defenders as their universal joints creak and groan around the farm, in case one of them ever does crack the 500,000 mile mark.

But with Farmers Weekly imposing the condition that, to qualify for their high-mileage club, any vehicle must retain its original engine, I fear the bar is set too high for me.

The one I drive most of the time has started to push out alarming quantities of oil through the breather, despite several visits to the garage.

Like I say, Defender ownership is not for the rational.