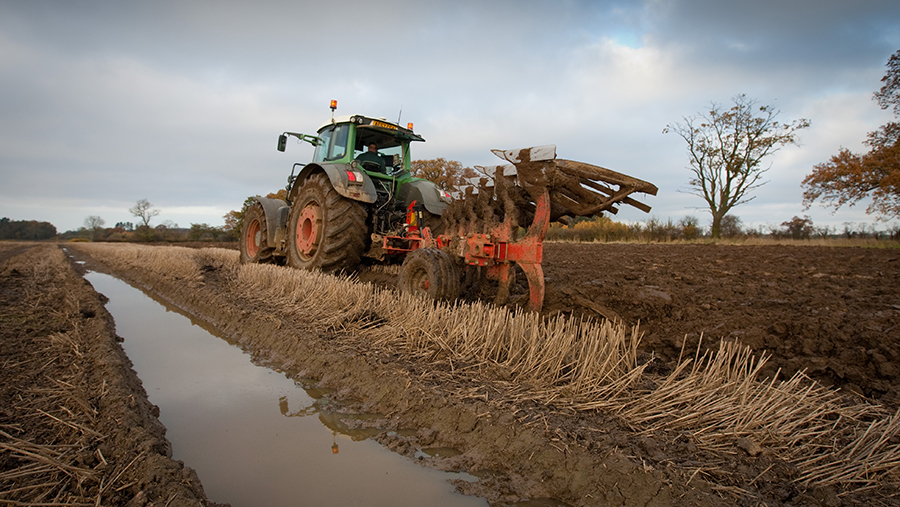 Has there ever been a time when there was so much farmer anger? There are a number of reasons for it. Let’s examine a few of them.

First, the concerted attacks by the media, led by Channel 4, against legitimate enterprises. It should not be allowed to continue and if media bosses don’t stop it, government should.

Second, the government itself. The Oxford Farming Conference delegates, for instance, were invited to raise their hands if they trusted government statements on agriculture. Not a single hand went up, despite the Oxford crowd being notorious for positivity.

Admittedly they had just listened to the uninspiring Defra secretary, Theresa Villiers, which might have affected the response.

Most important of all, farmers are fed up with the appalling weather and the fact that few have finished planned drilling programmes. Indeed, some have hardly started and the implications for year-end bottom lines are horrendous.

Adding insult to injury, farming systems are being blamed for screwing up the climate.

Even those who voted to leave the European Union appear to be as miserable as the rest of us. Perhaps they have come to realise that the future will not be as bright as they thought, and that government promises not to allow goods into Britain produced in ways illegal here may not be honoured.

True, the long-anticipated Agriculture Bill has been introduced with a few improvements to the original drafts. But, while it does recognise that caring for the countryside and producing food can co-exist, it still concentrates on the environment and the “public good”.

Food production is clearly a low priority. It falls far short of what was required and is disappointing.

Cue Henry Dimbleby, of the broadcasting dynasty and a restaurateur, who was appointed by Michael Gove, before he left Defra for higher things, to conduct a food strategy review.

By all accounts, he impressed the Oxford Farming Conference. He said the right things about food security and maintaining the integrity of home-produced food. What we don’t know is how much weight this will have, or whether future governments will allow his strategy when it is launched.

Nor can we guarantee what his review might say. For on his panel are a few individuals whose history suggests they are not farming friendly. But NFU president Minette Batters is there, as is John Shropshire of G’s, with Helen Browning representing the organic sector.

We can only hope these farmers’ influence outweighs that of the academics and food trade representatives.

And having just left the EU, we must hope that misguided, non-scientific policies imposed by Europe, can and will be reversed – in particular the rule banning neonicotinoids. All talk of banning glyphosate should also be consigned to the dustbin.

For now that we are leaving the EU, let us at least get some benefits from it. Throwing out such unjustified policies as these is a good place to start.

That does not mean getting rid of all regulations, many of which are needed. After all, we live in an era when consumers insist on knowing how their food is produced.

But we must hope that the regulations that do survive are sound and scientifically based.