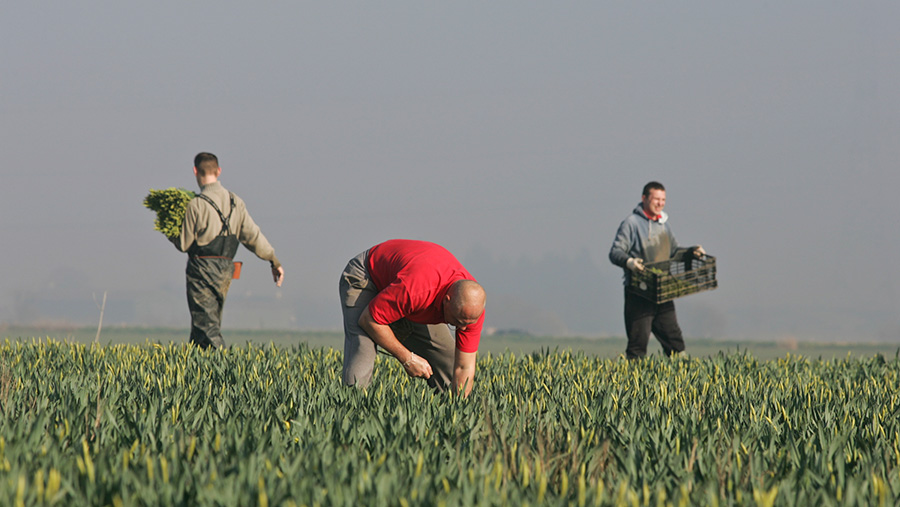 How many times have you heard someone start a sentence with “I’m not being racist, but”, before they invariably go on to say something horrifically racist? Quite often, I suspect.

In rural areas of the UK, it’s still relatively unusual to encounter someone with a different skin colour or religion, of course.

Yet multiculturalism in Britain isn’t a new thing, with immigrants arriving on these shores in varying numbers since the Second World War, from all corners of the former empire.

And in the majority of this country’s urban areas, people of every race generally co-exist side-by-side quite happily, getting on with their daily lives.

So, it’s with a growing sense of incredulity and horror that I increasingly see racist language being used by a minority of the farming community on social media platforms, and in online forums, and it’s too easy to dismiss it as “just the rantings of the usual keyboard warriors”.

I can only imagine that it’s been prompted by the resurgence of far-right factions that are regularly given airtime by the media to spout their bigotry, and the mainstreaming of extremist views about ethnicity and religion.

Sadly, there seems to be a general apathy and acceptance of these attitudes that in the not-too-distant past would have sent a collective shudder down the spine of people with memories stretching back to the first half of the 20th century.

After seeing one such comment recently, and the number of people who’d agreed with the individual, I asked the question “do we have a problem with racism in agriculture?”

Of course, if you try to start a conversation of this nature you invariably attract an angry mob screaming words like “snowflake” at you, throwing around absurd phrases like “virtue signalling”, and complaining that you’re not allowed a sense of humour nowadays.

But they spectacularly miss the point. If we turn a blind eye to this, if we shrug our shoulders and say nothing, we enable the perpetrators to get away with it, and they become emboldened to do it again, and again.

The numerous messages I received afterwards from others who’d encountered racist attitudes in the industry suggest that these are far from isolated incidents confined to the virtual world.

After all, it wasn’t long ago that Farmers Weekly reported on an appalling and cowardly letter that was sent to livestock vet and Royal Agricultural University lecturer, Navaratnam Partheeban.

It isn’t a case of how this makes our industry look from the outside either. It’s very simply a case of what’s right or wrong.

Imagine a young graduate of Asian or West Indian descent setting off on a career in, say, livestock nutrition or crop science, or even farming.

How do they feel when they see this language and attitudes being displayed, and the amount of people who casually justify its use, or feign ignorance as to which words and terms they can use.

Collectively, we pride ourselves on being a forward-thinking, modern and progressive industry, but we can never be that if we let this kind of backwards attitude and language go unchecked.

There are few things in life uglier than prejudice and racism. I know that the agricultural community is better than this.