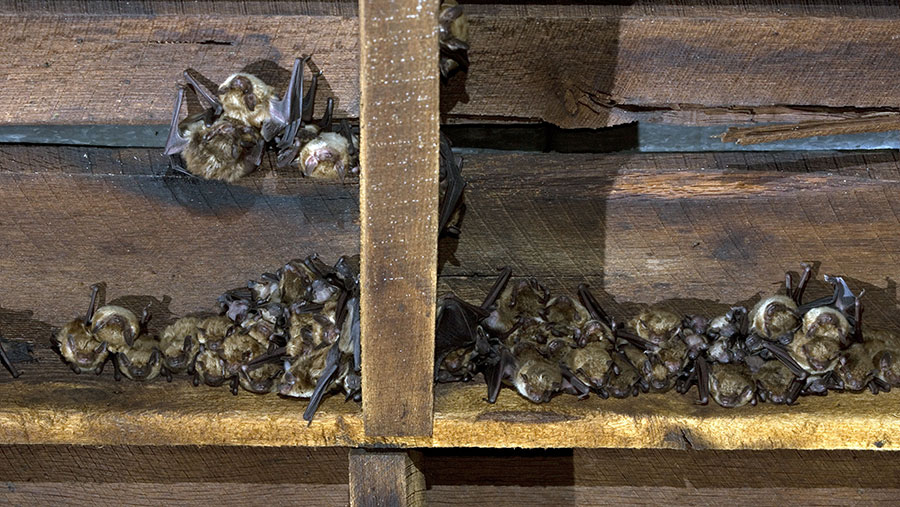 The White Paper on reforming the planning system that followed prime minister Boris Johnson’s remarks on “newt counting being a drag on prosperity” may or may not be the new dawn the pro-development lobby hopes for.

What is certain is that, up to now, newts, as well as badgers, bats and birds, have been the bane of any farmer looking to diversify, especially if it involves a building.

Blame the planners, who decide that if an application comes their way, the only safe thing is to make you tick every box. So you get someone in to look for protected species, however unlikely, or for any other possible effect on the surrounding area. Welcome to the world of the consultant ecologist.

My advice? Never sell a barn conversion to a barrister. Never find a bat in a barn. And never, ever, uncover an Anglo-Saxon burial site

I’ll admit that I do some of this stuff. It’s difficult for a consultant – the client wants you to find nothing, and the planners want you to leave no stone unturned in case you find something.

A simple walkover survey looking for signs of rare species is fine, but the caveat is always “absence of evidence is not evidence of absence”.

So the next stage in this game of hide and seek is a full protected species survey. Here I bow out, because you need to be licensed in order to seriously poke about for newts and bats (though new technology is making it easier).

And surveys, simple or detailed, are needed. But there are problems, for wildlife and for the client.

First, while we look for the flagship species, we can never know if the project will affect some rare invertebrate that happens to live there. You will not find it.

Second, species protection is there for a good reason, but in my region great crested newts are so common they’ll breed in a wheel rut. You will find them.

So the poor farmer is between a planning rock and a consultancy hard place, paying out for both.

I have heard of eye-watering sums charged for a consultant’s walkover report, fall-back recommendation for species surveys, and a load of generic information on protected species legislation that anyone could have Googled.

Of course, such consultancies are used to dealing with bigger fish in the planning world than farmers.

If you are putting up even a small housing development, a five-figure sum to jump through the usual ecological hoops is nothing against the millions you will make. (But if you uncover any archaeology, now that really will get expensive.)

All this is no problem for the farmer if the planning application plus ecology reports equals success. But then up steps the local objector, who seizes on your diversification proposal and claims it will lead to ecological catastrophe, permanent disruption and loss of amenity.

These people tend to be professional, well organised and well connected – especially to a neighbour you might have upset in the past by practising being a farmer.

The planning application file for your project will be rammed with their letters, as well as from those people they have called on to back them up. Good luck!

In the worst case, that local objector lives next to you, in that other redundant building the land agent encouraged you to convert.

My advice? Never sell a barn conversion to a barrister. Never find a bat in a barn. And never, ever, uncover an Anglo-Saxon burial site.