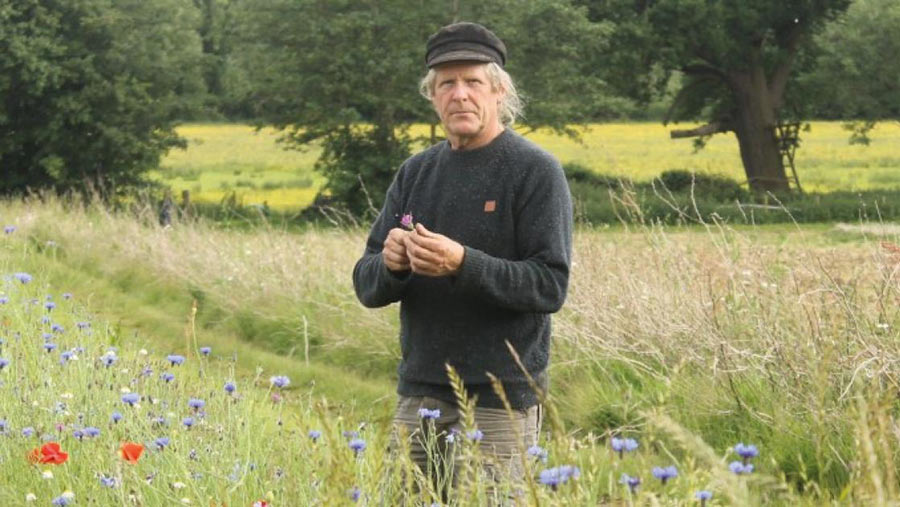 Iain Tolhurst is an organic farmer from Oxfordshire and a supporter of People for the Ethical Treatment of Animals (Peta). He believes livestock farmers should transition to crop production.

Having started out in farming as a herder on a large dairy farm in the 1970s, I thought I’d stay in that business for as long as I worked. I enjoyed the lifestyle, and the farmer and his family were very decent folk.

I soon became aware of the enormous pressures that exist in dairy farming. The staff work hard, the land is worked hard, and the cows are worked hard. The dairy industry has always been tough, but it has got a whole lot tougher in recent years.

Even before the Covid-19 pandemic, liquid milk sales were in a downward spiral, forcing many dairy farms out of business. With milk often priced cheaper than bottled water, some farms had to dump it or give it away. It was difficult to watch.

Years ago, my wife and business partner, Lin, and I decided we would switch to growing plants. Milk had been a way of life for us, but sometimes, protecting your livelihood means adapting to change.

Today, increasing numbers of young people – the so-called “Generation Z” – say they are vegetarian or vegan, and the popularity of dairy alternatives is booming too. According to market analyst Mintel, 23% of British people said they had used non-dairy milk at least once in the three months to February, and sales are rising each year. That can be a lifeline for farmers – if we take it.

These days, I grow more than 100 types of organic plants on 7ha of land, and the farm is profitable at a time when many are not.

A new wind is blowing. Under the UK’s new Agriculture Bill, farmers will be paid to produce “public goods” – that is, to show they have done things that benefit everyone, such as reducing their carbon footprint, improving soil quality and enhancing habitats for wildlife.

The greenhouse gas emissions from dairy farms can be considerable, and a recent Environment Agency survey found that, in once catchment, 95% of dairy farms were failing to meet water protection standards and half of those were actually causing pollution.

As a consequence, I believe making the switch to crop production now will likely result in greater profitability after Brexit.

In truth, back when I was in the dairy trade, taking calves away from their mothers weighed on my conscience. Dairy farmers know – perhaps better than anyone – that cows are intelligent, feeling beings. They have friends. They’re affectionate. They bellow when they’re sad.

Growing plants, I don’t have to try to silence my conscience any more.

I enjoy doing good for the planet, too. We’ve slashed our carbon footprint and, being organic, we aren’t putting pesticides into the soil. Our sustainable farm will be here for my children and hopefully my grandchildren. I don’t think I could have said that about a dairy farm.

Farmers are the backbone of society. We deserve respect for feeding the nation, and we need support to enable us to be part of a more sustainable future. People depend on us, and it brings me joy to know that, in growing plant-based food, I’m giving them something they can depend on.