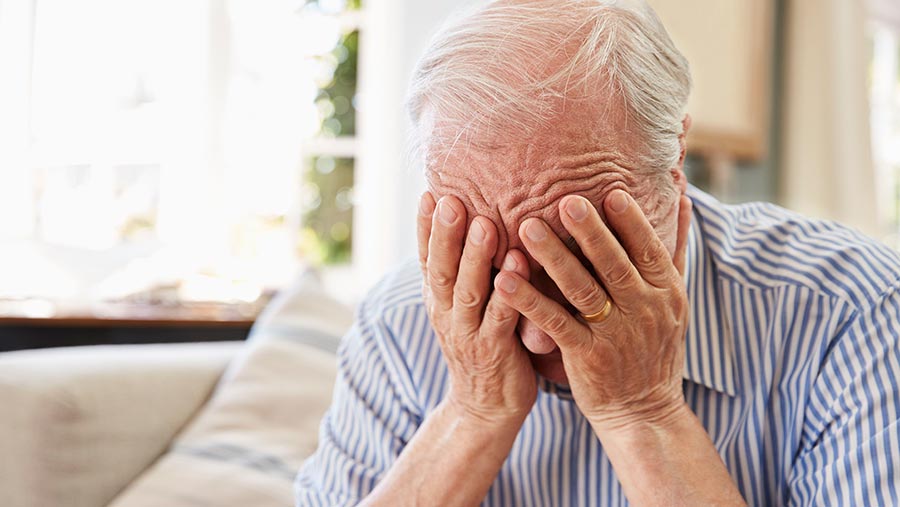 The performing arts, poor silage, mental health and veterinary care seem like an unlikely mixture for a column, but here goes.

Like most people, I have friends who have been affected by mental health issues.  But I also have very close family members who have needed to get help for their illness, both in the past and presently.

My eldest daughter (25), who is currently studying for her third music degree at Yale University in America, talks openly about the illness she has battled for 10 years.

She’ll talk quite freely about the counselling she gets and the medication she takes. The people in the performing arts world that she is immersed in, and the country she’s living in, have a far more open attitude towards mental health than we do in the UK.

Conversely, I’m probably a typical example of why farmers are lagging behind when it comes to dealing with mental health issues.

If there was a history of heart disease in my family I would talk endlessly about it and go and get my heart checked regularly.

So why do I not go and get my mental health checked out occasionally when there is a history of mental illness in my family? I guess it’s because grizzly, Scottish Presbyterian livestock farmers don’t do that sort of thing.

However, I’m not immune. The anniversary of the day our sheep flock was culled during the foot-and-mouth outbreak of 2001 is coming up again. And, 17 years later, I still can’t talk about it without being overcome by emotion.

To this very day, I will break down and cry if I think or talk about it. Those sheep were my pride and joy – and let me assure you, it still hurts.

So what has all that to do with poor silage and veterinary care?

I was on a “jaunt” up the west coast lately and bumped into a vet I hadn’t seen for a long time, so it was good to have a catch-up. Eventually I asked him cheerily if there was anything going on in his field of expertise that would be good to write about in Farmers Weekly.

“What about poor-quality silage?” he replied. I thought it was a flippant response, but as the conversation went on, I discovered it was far from it.

For some farmers, their cattle – their pride and joy – are not looking or doing well at all. This may have led to some very conscientious and normally very capable people to have become ill.

Their depressed state of mind could now be making it very difficult for them to make the daily decisions that are necessary on a farm.

The vet told me that he had never, in all of his years, seen so many farmers that did not appear to be coping very well.

Veterinarians can clearly see the connection between the environment, animal health and the mental health of those who look after them. We need to talk a bit more about that.