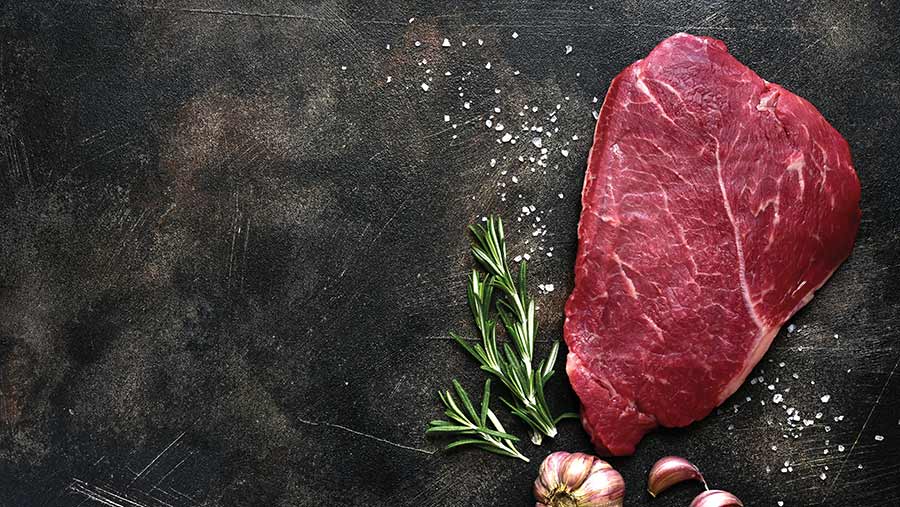 The Covid pandemic has a quiet hero – red meat. During lockdown, people have turned to red meat to keep kids fed through home schooling, to comfort them with hearty home cooking, and to provide a treat during the daily monotony.

With restrictions on eating out, shoppers bought 14% more red meat in the year to 24 January compared with the year before, according to Kantar Worldpanel data – a spending increase of 17%. 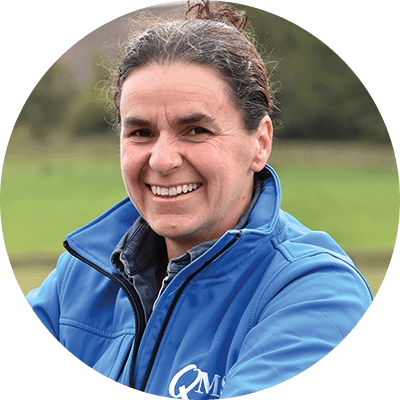 Kate Rowell is the chair of Quality Meat Scotland, the body that promotes and markets Scottish beef and lamb. Here she explains why now is the time to sing the praises of red meat to consumers.

All red meat saw increased demand and, despite somewhat subdued Christmas and January festivities, volume sales of beef were up nearly 20%, lamb 24%, and pork 29% over this period.

As people reconnected with red meat, many also returned to butchers, sought out farm shops, and found joy and reassurance in connecting with the people and places that produce their food.

In Scotland, origin is now the driving force pushing up meat sales, and 67% of people surveyed by Quality Meat Scotland last summer said they were increasingly trying to “buy local”.

Running in parallel is consumers’ growing concern about climate change and the role that diet, and meat in particular, plays.

This too, though, should be welcomed. What both these trends mean is that we’re farming at a time when consumers increasingly want to engage with their food, know where it comes from and understand how it’s produced.

Rather than launch a defensive battle, we should engage positively, inform properly and tell our own story. We are in an excellent position to do so – farmers are the most trusted part of the supply chain.

As livestock farming goes, the UK is one of the most sustainable in the world, with beef and lamb production emitting 35% less carbon dioxide than the global average, according to UN figures.

More than 90% of what Scottish beef cattle and sheep are fed is grass, silage and brewers’ grain. Additionally, 80% of our agricultural land is grassland, which helps to capture and store carbon dioxide and support biodiversity.

This is a strong story to engage with consumers on – both domestically and abroad – many of whom are dabbling with meat alternatives but are still on the fence trying to decide what is ethical and healthy.

Take Veganuary. About 70% of people who take part give up after two weeks, and even participants who stay the course are more inclined to reduce or swap foods, rather than adopt a strictly vegan or vegetarian diet.

We have the chance to cut through the misinformation and show them that the right kind of red meat – home-grown on our soils – can be part of a sustainable and ethical diet.

Part of that communication must show how far our sector has come. Scottish agriculture, for example, reduced its greenhouse gas emissions by 29% between 1990 and 2017 – and we will relentlessly pursue improvements.

We must also engage with the biggest reason consumers are choosing to cut out meat – health concerns. Again, we have a chance to dispel a lot of misinformation.

Red meat is naturally rich in protein, low in salt and provides a range of vitamins and minerals including iron, potassium, zinc and niacin. Vitamin B12, in particular, is not naturally present in vegan diets, but can boost energy, support bone health, improve mood and maintain healthy skin and hair.

So, rather than get defensive, let’s welcome consumers’ renewed interest in their food and use it to positively promote our industry’s benefits.