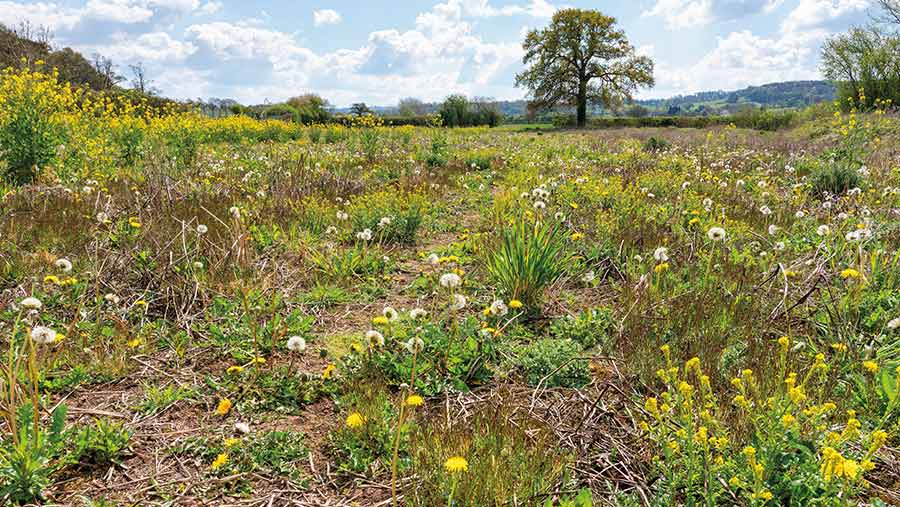 The recent decision by Defra to suspend planned restrictions on the use of urea and organic manures can probably be bracketed alongside the decision to review the ban on fracking.

The fact is, there are some harsh new realities to consider.

First, there is an energy price crisis fuelling a cost of living crisis.

Second, there is a new determination that the democracies of the West should no longer fill the war chest of a war-mongering Russian dictator by buying energy from him.

It would not, therefore, be surprising if there was soon a review of the decision not to pursue new North Sea oil reserves as well.

Over the past 20 years, the UK has developed a policy of restricting production of energy and food because of environmental concerns.

Instead, we have decided to import from countries where production is given greater priority and our level of environmental caution is not shared.

The ban on neonicotonoid insecticides would be a good case in point. Since their ban in 2015, UK oilseed production has halved, from more than 2m tonnes a year to about 1m tonnes a year.

Not surprisingly, imports have trebled over the same period.

These imports have come largely from Canada, where farmers usually harvest 20m tonnes a year while still using neonicotonoids to protect their crops from insect damage.

But in 2021, this UK policy of offshoring its oilseed production hit a problem. Drought in Canada halved the harvest.

The result has been a trebling of the oilseed rape price. What must be remembered here is that Russia doesn’t just fill its war chest from the sale of oil and gas.

One consequence of the rise of environmental concerns in the UK in recent times is that other worthwhile causes, such as world peace, political freedom and human rights, have been given less attention.

They certainly get less air time in the media.

As for values such as open democracy and freedom of expression being considered when negotiating trade deals, up to now it has never even been on the radar.

But current events in Ukraine might be making us think differently.

There will be those who argue that environmental concerns trump all others because, if we fail to look after the planet, then humanity has no future.

I would argue that, if humanity is not allowed freedom of expression or freedom of enquiry, then environmental challenges will not be properly addressed.

History clearly shows us that sound science does best in free-thinking, open democracies. It falters under repressive autocracies.

One final thought. I’ve heard it said more than once by farmers that we “need a good war” for governments to properly value food producers.

Let’s be clear, there is nothing good about war. To suggest otherwise is to disrespect the victims of its unmitigated horrors.

Our own agendas as UK farmers should be the last things on our minds when we bear witness to what is happening to the people of Ukraine. Our thoughts and/or prayers are with them.