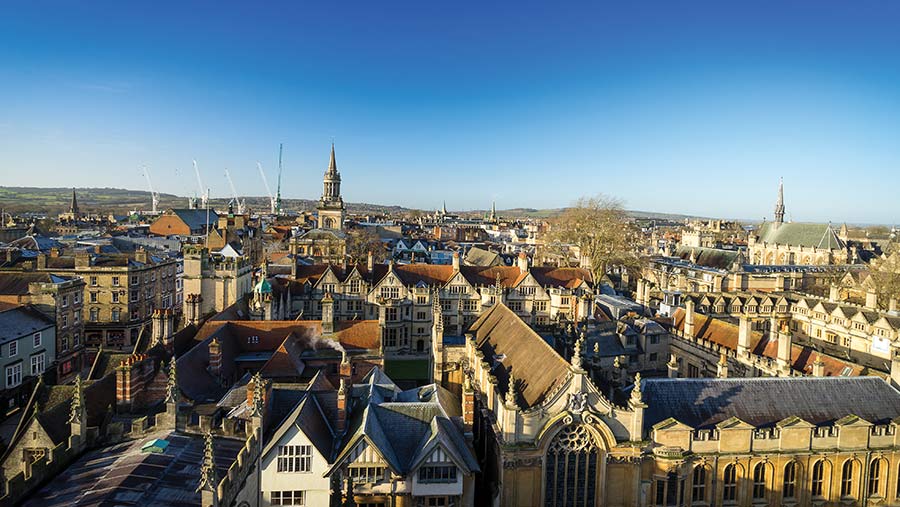 I find the conferences a welcome start to the new year – a chance to do something constructive while the weather is horrible and my brain’s willing, but my body really isn’t. The perfect time to open myself up to new ideas and to compare notes about the year past and the year ahead with familiar faces.

See also: Read all our Oxford coverage in one place

The surroundings of Oxford are a key attraction. I have done my fair share of watching PowerPoint presentations on banqueting chairs in Best Western conference halls in the Midlands; the Oxford University architecture is far more conducive to thinking, learning and concentrating.

It was disappointing not to be there in person this year, but I was impressed by how both conferences moved online. Since the social aspect is such a strong part of the appeal of attending, it surprised me how much this could be replicated through virtual events.

Covid restrictions are forcing us to embrace technological possibilities in this way. I suspect that after lockdown, some of us will find that we have inadvertently simplified our lives and that we actually prefer it.

Many farmers question why we have two seemingly similar conferences running at the same time in January. They ask why the two don’t collaborate or even merge. These are often sub-400ha farmers who would rather go bankrupt than share a combine with their neighbour. They might do well to ask themselves the same question.

For those who don’t know, the ORFC started just over a decade ago as an antidote (they might even call it a protest) to the much older OFC, which it deemed to be unhealthily dominated by large corporate businesses.

Even when I was a director of OFC, I had to agree with their point – agriculture in this country is unhealthily dominated by large corporate businesses and OFC was a reflection of that.

Now that most farmers recognise their future lies with ecological and biological solutions rather than chemical and mechanical ones, the two conferences find themselves discussing similar themes, but a fundamental difference in their ideologies persists.

While I was an OFC director, I held several enjoyable and constructive get-togethers with Colin Tudge and Ruth West, two of the driving forces behind the ORFC. We found that we shared a similar vision of utopia, but our two institutions held different ideas of how it could be reached.

This, to me, highlighted a strength of having both conferences. They offer up a melange of ideas, questions, solutions, problems and discussions on food and the environment, allowing delegates to draw their own unique perspective on the way to solve their individual challenges.

Under the Common Agricultural Policy, farmers became used to being issued clear instructions by governments and multinational businesses about what to grow and how to grow it.

The problem with these homogenised solutions is that they drove overproduction and environmental damage, they benefited the wealthy and they forced farms into ever fewer hands. Now we each need to learn to be individual again.

To be successful in the future, farmers will need to have their own vision tailored to their specific environment and customers, and distinct from their competitors – a thought to cling to as we brace ourselves for another turbulent year.