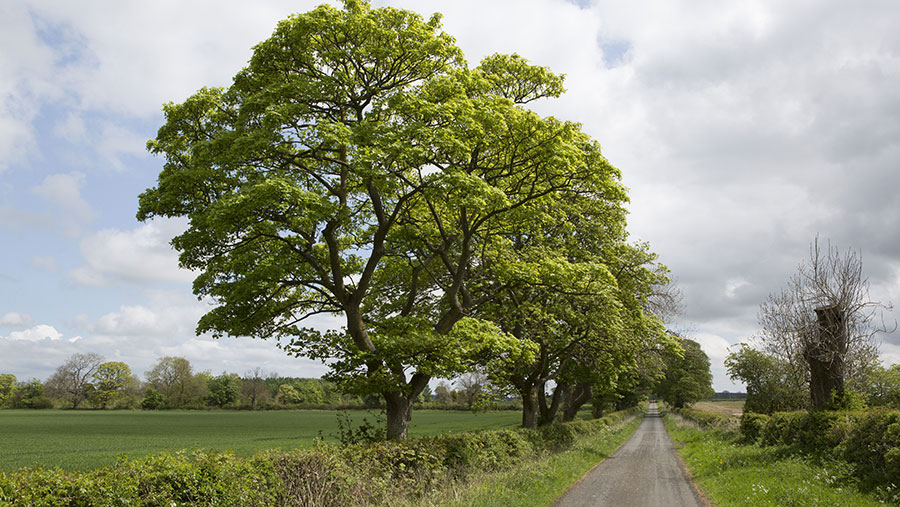 I don’t suppose I’m the only farmer who lives near to or at “the end of the lane”. Strangely, when we leave the farm, we describe ourselves as going “up the lane”, even though in doing so we don’t ascend to any greater altitude where panoramic vistas unfurl before us.

I suppose the expression “going up the lane” is the opposite of living “down on the farm”, not that our farm sits in some sort of bunker.

See also: We need to get on with farming – lessons come later, says Guy Smith

We refer to the lane to our farm as “our lane”, but that’s not strictly correct either. I imagine that before 1900, the lane did belong to the farm under its gated control.

But like many farm lanes, about 100 years ago, it was “adopted” by the local council and control was lost as it became a public highway.

But at the time, this loss of control would have been willingly forsaken by the owner because the benefit would have been that someone else now paid for the maintenance.

With the invention of the wonder material Tarmac in late Victorian times, rural lanes were transformed from rough, barely passable tracks to smooth, hard-surfaced roads down which the newly invented motor car could speed.

For the horses that worked the farms, things probably didn’t get better, as the grip on the new surfaces was considerably more slippery.

Rural newspapers from Edwardian times often feature letters from horse-riders complaining to the council that they must put more sand down on newly tarmacked rural roads because “skitty” horses were up-ending their riders.

But despite such equine hiccups, the roll-out of hard-surfaced lanes maintained by the public exchequer must have been seen by the farming community as a considerable improvement, as the everyday ingress and exit to the farmyard was made much quicker and easier.

Today, this attitude is probably not so euphoric, partly because local council maintenance budgets mean some of these lanes are returning to their former Victorian dilapidation, and partly because the public right of access compromises security.

This has been brought into sharp focus by the arrival of Covid-19. Suddenly, many of our lanes have become considerably busier, as locked-down urbanites seek daily exercise to avert cabin fever.

Perversely, because of the “stay-at-home” policy, many farmers are seeing a good deal more of the public than they used to.

The other irony is that, just as the benefits of living in isolated, remote areas should bring refuge from a killer virus, many farms suddenly feel slightly under siege.

Despite the possible viral risk from these so-called “townies”, I remain relaxed and I count my blessings.

Compared with those who live, commute and work cheek by jowl with people and infection, I’m immensely lucky to be in a remote rural area. The odd happy wanderer in my yard doesn’t significantly change that.

As for the not-so-happy wanderers we occasionally see, usually in some sort of unmarked van, I suspect these sorts of people aren’t particularly bothered by Covid-19 restrictions in the first place.

They will still be poking about long after the virus has gone.