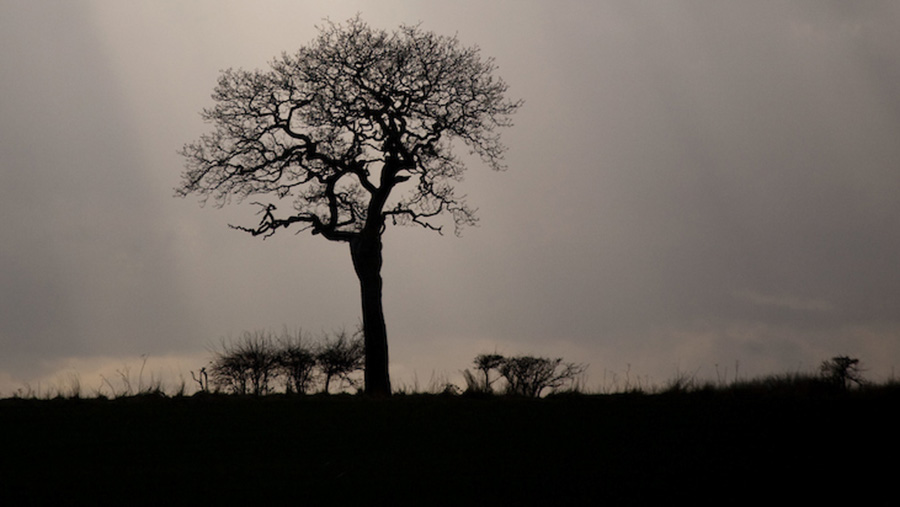 I was going to write about something else entirely this month. I’d almost finished and was ready to send it in.

And then, completely out of the blue, and just a week before Christmas, we received a call that our neighbouring farmer and long-term family friend had taken his own life.

Sitting here in our kitchen, late at night in the dark, numb with shock and deep sadness, and with all kinds of thoughts and memories running through my mind, I feel there’s nothing else I can write about now.

See also: How to spot the signs of mental health issues

How do you even begin to make sense of something like this? There can be no possible way to understand it, and it’s desperately hard to know how to respond.

Could we have been there? Should we have realised? Could we have done more? There are so many questions. The aching sense of loss from suicide is incomparable.

The cold and methodical brutality of the act itself causes a traumatic shockwave that sends ripples of grief outwards, and in tight-knit communities like ours, they reverberate for years.

This isn’t an isolated incident, of course. It’s happening with frightening regularity in rural areas. In Wales last year 360 people took their own lives, the highest figure since 1981.

Assembly ministers recently went as far as to say that the number of men who die by suicide should be considered a national emergency.

In the UK as a whole, it’s a well-publicised fact that more than one farmer a week takes their own life.

More than 52 broken families every year, that will carry that desperately heavy burden with them for the rest of their lives.

I don’t claim to have any understanding of depression, but as far as I can see, there’s no “off button”. You can’t just snap out of it, no matter how much you want to.

While many of us have had situational depression at times in our lives, caused by incidents such as a death in the family, relationship breakdowns or physical health problems, clinical depression is something entirely different.

It isn’t a mood swing or a character flaw, and it isn’t caused by a bad day, week or month.

It’s an illness that’s caused by defective brain chemistry, inherited traits and other variables. It’s complex, scary, and difficult for all involved, and there are no one-size-fits-all solutions.

In the US, the new Farm Bill allocates $50m in funding over the next five years for mental health resources specifically targeted toward farmers and other agriculture-related occupations.

This seems to me to be a giant step forward, not only in recognising that a problem exists in the first place, but in actually doing something about it.

There are several wonderful charities and organisations here in the UK doing incredibly important work in this field.

Imagine how something similar could help them with things such as training, support groups, telephone helplines and websites.

There are many, right here among us and often hidden in plain sight, who are grievously lost in darkness and in desperate need of help.

Too often, as was the case with our friend, they are the brightest and best of us all.

Suicide is painless, goes the old song, but it isn’t for the family and friends left behind.