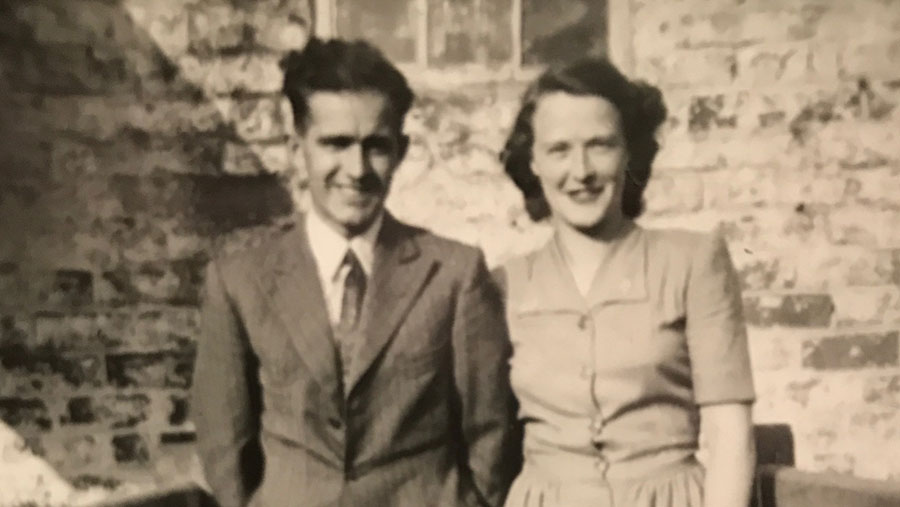 I’m not usually one for nostalgia. Yearning for times long gone – when summers were unfailingly long and golden, farmgate prices were always high, politicians were honourable and young people respected their elders – are false memories, clouded and distorted by the passing years.

But lately, as the nights have drawn in and I’ve been spending a lot of hours by myself on a tractor, I’ve been guilty of thinking fondly of the past a lot, and it’s probably because I lost my grandfather in April this year.

See also: Take a moment to remember farmers who died in the Great War

At 96, he spent his first ever night in hospital, and obviously didn’t like it too much, as he went on his merry way during the early hours of the morning. I’d seen him a few hours before and filled him in on the day’s farming activities, his bright eyes as keen with interest as ever.

At that great age, I knew he could go at any tick of the clock, and I’m incredibly thankful that I had him in my life for so long, but I’ve been surprised at the level of grief that’s hit me as a result of his passing.

I don’t know if it’s the feeling that it’s the end of an era, as the last of that incredible generation passes out of my family, or the aching sense of loss at someone so fundamentally decent, generous and kind leaving my life. I suppose it’s probably both.

Born in 1922 into a farming family, and a nation still recovering from the Great War, what times he lived through.

Over the years I delighted in hearing the stories of his youth, from ploughing an acre a day with a heavy horse, and spending hours on end cutting oats with a scythe, to witnessing first-hand the transition into the mechanical age of farming, when cutting-edge agricultural machinery, designed and manufactured in Britain, was shipped to all corners of the world.

It was his memories of farming during the war years that always held my attention the most. When, as an 18-year-old in the fateful summer of 1940, he would finish the day’s work on the farm and then quickly head off to his other role as a member of the auxiliary fire service to help put out the many fires caused by German incendiary bombs in the local area.

Through the search lights he would see the heavy bombers fly over on their way to Liverpool, and he and the rest of his crew would know they’d have a long and dangerous night ahead of them.

I recorded him talking about this not long ago, and the file is now among my most precious possessions – something my own grandchildren can perhaps listen to one day.

In the fast-paced and rapidly changing world we inhabit now, it’s easy to get swept along and not have time to think of the generations that have worked the land before us.

And while I’ll always look forward to and be excited by the future of farming, and where technological advancements will take us, there will always be a part of me that remembers those people and times long gone, when the pace of life was just that bit slower, and the summer seemed to last forever.