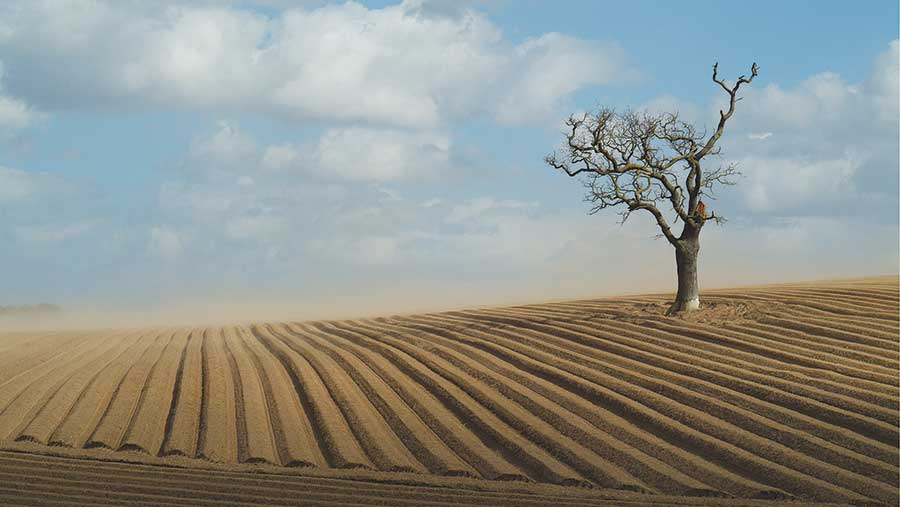 “Carthago delenda est!” “Carthage must be destroyed!” Thus concluded every speech made by the Roman senator Cato the Elder, prior to the Third Punic War.

And it was every speech, whether about Rome’s old enemy, or municipal sewage issues. In the end, his persistence paid off; Carthage was razed and its farmland sown with salt.

Were Cato alive today, #CarthagoDelendaEst would be trending on Twitter.

Last month I was lucky enough to attend the excellent NFU national conference in Birmingham, where hashtags were the order of the day – from the event title, #NFU18, via the award-winning #glyphosateisvital, to the quotidian #BackBritishFarming.

Impressively, #NFU18 became the second highest-trending hashtag in the UK, while the historic election of Minette Batters as president repeated the feat and made national headlines.

#NFU18 was a magnificent sample of the best that British farming has to offer; 1,500 smart, impassioned people across all sectors applying themselves to innovation and excellence in farming. The stereotype of the staid, narrow-minded farmer was laughably out of place.

UK agriculture is a dynamic, progressive industry delivering the highest-quality produce in the world, and our 2018 conference was deemed of sufficient importance to draw two secretaries of state; Michael Gove from Defra and Greg Clarke from the Department of Business, Energy and Industrial Strategy (BEIS).

And while neither came bearing much in the way of detailed policy announcements, they did dispense some much-needed – and perhaps even genuine – reassurance ahead of Brexit.

So what might Cato have said, had he attended? Excellent speakers. Superb commodity sessions. Free biscuits. Perhaps. But also that, like him, we must avoid complacency.

As an industry, we have a spectacularly strong unique selling point (USP); we provide a secure domestic supply of affordable, high-welfare, high-quality food, produced in conjunction with husbanding and improving the natural environment to the benefit of all. It’s a no-brainer; a dead cert.

And the media success of #NFU18 and the warm words of Messrs Gove and Clarke prove we are winning the argument, and securing our future. Right?

Not so fast. Cato would caution that we must remain united, determined and resolute in a single core vision for our industry outside the European Union, in order to safeguard our future as profitable food producers.

Although the general direction of government policy is clear, it is in the coming years that the critical detail will be formulated and finalised – and our input must be at the core of every decision, not that of narrowly focused NGOs and ill-informed activists.

For warm words are easily spoken, and Mr Gove does not just dispense them to farmers.

He did, however, commit to one guarantee at the conference – the government wouldn’t conclude free-trade deals in food products with any country operating to lower environmental, production and welfare standards than our own. #WeShallSee.

The NFU is the vanguard of our negotiations with the government, and deserves the support and engagement of every grower in the country.

So get involved. Make your opinions known. And as the outstanding new leadership team of Batters, Smith and Roberts take the reins, perhaps they will be championing a few more hashtags mentioned by the greatly esteemed Meurig Raymond at his final conference as president; #FarmingIsVItal and #FarmingMeansBusiness. Because it is, and we do. It’s time to become engaged.