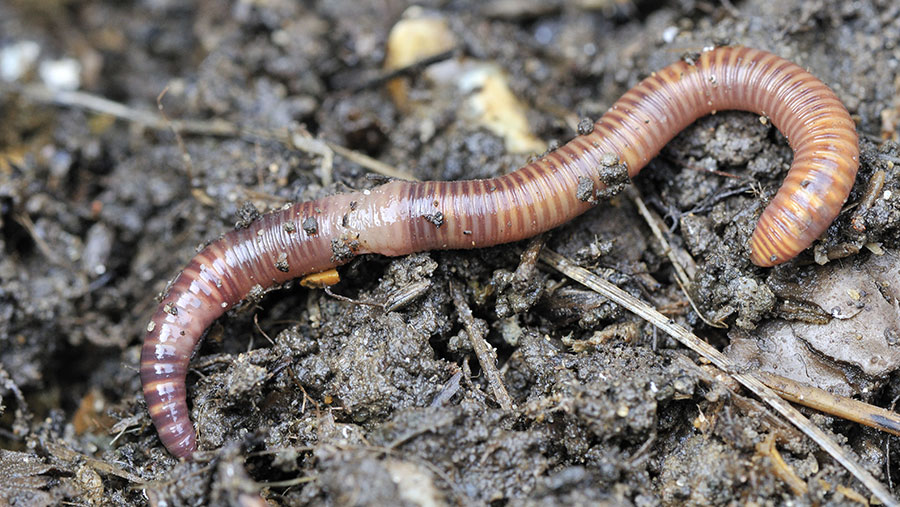 You may have noticed – there are a lot of earthworms around.

It’s not just a lot per spadeful or per hectare, but worms are on everyone’s lips, so to speak.

I’ve been to three meetings on soils in the last year, each of which had a worm expert talking, and what they didn’t know about our little burrowing friends wasn’t worth knowing.

There are different kinds of worms and they perform different functions, all useful to soil and so to productive agriculture.

See also: Stewardship must be ‘simple, flexible and local’

They break down organic matter and release nutrients, and structure and drain soil – nature’s ploughs, as Darwin put it.

We are all livestock farmers, one of these speakers told us. The problem is, a lot of us are unwittingly upsetting our livestock or taking their food away. Pretty much any cultivation, plus removing crop cover and residues, will do it to some degree.

When I ask farmers about their cultivation practices, no two are the same. They adopt approaches that suit them and adapt them as problems arise.

I know farmers who’ve gone no-till and stuck with it – and not on easy soils. Other farmers wouldn’t give up the plough if you paid them.

And let’s face it, if there was one solution to every problem – blackgrass, low soil organic matter, slugs – you’d see the same tillage in every field in the UK.

One thing everyone is realising is you can’t just throw machinery and chemicals at soil for years and expect it to work for you.

It’s a global concern and the figures are frightening. Soil degradation poses a threat to more than 40% of the Earth’s land surface and climate change is accelerating this, threatening our ability to feed ourselves.

A 2014 study claimed Britain had 100 harvests left in its soil, and found soils under the UK’s allotments were significantly healthier than soils that have been intensively farmed. As an allotment peasant myself, I’ve learned when to stop putting organic matter in. Never.

France has a target of increasing the carbon content of soils by 4% a year, reckoning this would make it possible to stop the present increase in atmospheric carbon dioxide. We escaped a soil framework directive at EU level – maybe we should have had one?

There’s plenty of advice out there and work being done on better soil management.

The problem is getting people to adopt practices without being put off by the downside. Cover cropping is rightly getting a lot of attention, and it’s a fundamental principle of conservation agriculture not to leave bare soil, but there is a cost to it.

Getting grass and grazing back into arable systems has a lot of benefits, but that’s not easy if you have never had stock.

I admire the farmers I meet who are pushing the boundaries in their own systems and are prepared to talk about their failures as readily as their successes. It’s the only way we evolve, as Darwin knew.

Organic farmers who I know smile when conventional “good soils” converts talk about lengthening rotations, bringing grass into the system and looking after soil biology, though integrated farming has looked at soils as part of a whole-farm system for years.

So it was good to see organic and conventional farmers and advisers sharing the same platform at one of the meetings I went to. There’s no room for holier-than-thou attitudes on one side, or sneering on the other, in this debate.

The UK has the highest percentage of no-till arable among the five major EU countries. From the worm’s eye-view, that’s great, and their numbers per spadeful will reflect that.

But we all need to learn from each other while recognising no one has all the answers. The clock is ticking, and the worms are getting impatient.