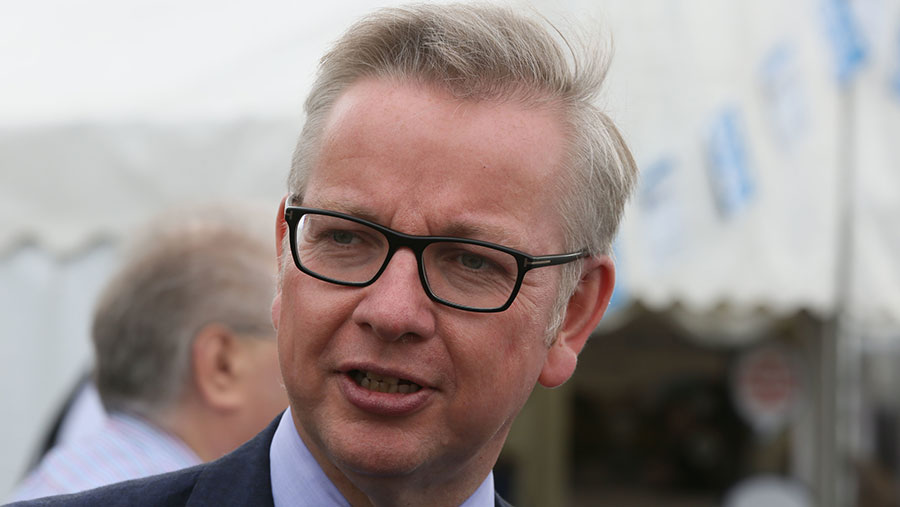 Listening to Defra secretary Michael Gove’s Machiavellian speech at the NFU conference last week, it was hard to know whether to laugh or cry.

Laugh at his carefully chosen words designed to flatter and reassure an audience who face varying degrees of financial distress if his free-trade-in-food policies ever see the light of day.

Or cry at the thought that many of his audience think that his policies are likely to benefit their farming future.

Mr Gove started his speech by thanking retiring NFU president Meurig Raymond for the determined manner in which he had stood up for farmers’ “interests”.

This sounded like a warning to Mr Raymond’s successor. Mr Gove is a politician who has made a career out of challenging vested “interests” at every government department he has run – including teachers while he was education secretary and barristers while he was at the Ministry of Justice.

The Defra secretary then stated that the “heart of farming is food production” and that “without successful farm businesses and high-quality food production, we won’t be able in the future to maintain the balance and health of our whole society and economy”.

The inconvenient truth, of course, is that the heart of UK farming is not “food production” but EU subsidies and protectionist agricultural trade tariffs.

Take away the £3bn a year that we currently receive in BPS payments and dismantle the array of EU import tariffs and quotas that restrict imports of food from non-EU countries and soon there would hardly be a single British cereal, beef, sheep or dairy farm left trading.

He even promised that he will be able to solve the looming labour crisis in horticulture, abattoirs and vets, which are all heavily staffed by workers from EU27 countries.

And no Gove speech would be complete without at least one alarmingly obscure reference. I don’t suppose I was the only one who had to resort to Google when the Defra Secretary said that the shared aim of agriculture should be to “uphold the trinity of values identified by EF Schumacher – health, beauty and permanence”.

According to Wikipedia, Schumacher was a German statistician who, in 1977, published a famous critique of “materialistic scientism” called A Guide for the Perplexed.

I’m sure that Mr Gove sees a direct connection from Schumacher to “perplexed” farmers worried by Brexit, but it does remind me of something an MP, who clashed with Mr Gove, said to me recently: “Michael is very brilliant, but also a tiny bit mad”.

That he may be but he was canny enough to return to safer rhetorical ground to finish his NFU speech.

He declared that we should all celebrate the fact that British farmers produce “the best food in the world to the highest standards in the world”.

He knows that is nonsense, of course. British-produced food is mostly excellent but certainly not the best in Europe, let alone the world.

But such hollow, jingoistic, crowd-pleasing nonsense falls easily from the lips of Mr Gove – the government’s ultimate Brexit salesman.