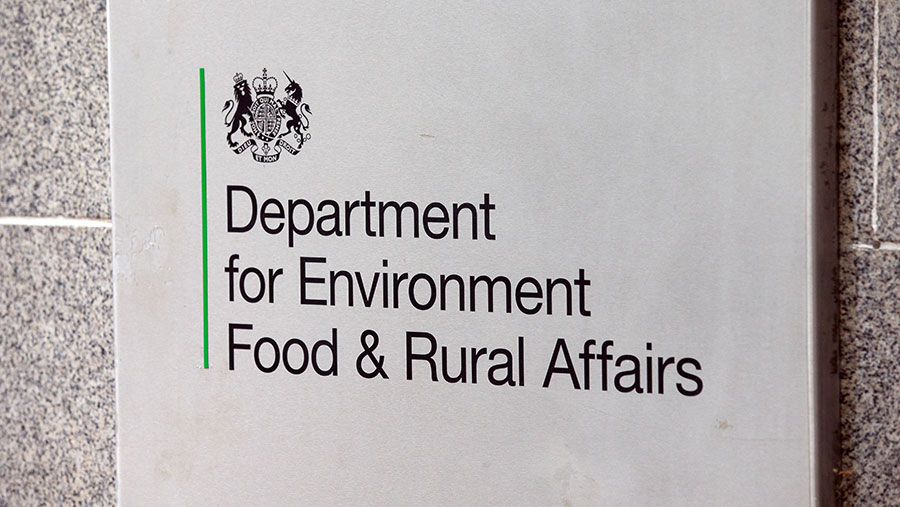 Accountability. As farmers, it’s a concept we are all too familiar with. The decisions we make are with us for the lifecycle of a crop, an animal or even a generation. The buck stops with us, and we garner the consequences of both good and bad decisions.

However, the concept sits somewhat less comfortably on the shoulders of many of those who put themselves forward to be our political masters. This is a problem; a free society is founded on accountability and consent. When it’s perceived that those in authority can act without accountability for their actions, the consent of the governed is withdrawn.

See also: Trade and Agriculture Commission to report ‘within weeks’

With the exercise of “taking back control” of agriculture from the “unaccountable” European Union to our own elected representatives, I would argue that we are currently experiencing a widening, not narrowing, accountability gap.

Since June 2016, we’ve enjoyed the tender ministrations of no fewer than five secretaries of state at Defra. By the time the rapidly rotating team of civil servants has explained all the letters of the acronym, it’s usually time for the new incumbent to be booted out through the revolving departmental door.

And what account are ministers held to, anyway? It’s famously been claimed that hapless Chris “Failing” Grayling has cost taxpayers £2.7bn in the course of a blunder-strewn ministerial career. I doubt it’s being docked from his government salary in manageable monthly instalments.

Our current incumbent, George Eustice, penned a laudable defence of UK food and farming standards against American imports for the Guardian during his brief flounce from Defra in March 2019, titled “The UK can’t accept backward US food standards – or chlorinated chicken”.

Fast forward to February 2020 and George, back in the bosom of high office, starred in another Guardian piece titled “George Eustice refuses to guarantee ban on chlorinated chicken”, explaining that, anyway, it’s lactic acid the Yanks use – and it’s not that bad.

In February 2019 at the NFU conference, then Defra head honcho Michael Gove agreed to establish a trade and standards commission. It’s taken 17 months, one million public signatures, two changes of minister and three Brexit extensions before this pledge was, once again, reluctantly extracted.

But, in classic banana republic style, the findings seem to have been pre-announced before the commission has actually met, with its questionably impartial chairman rushing to dismiss concerns over American food standards as “alarmism” in The Telegraph – a pre-conclusion enthusiastically shared by a government comms teams that has become hugely averse to exposing their often mediocre ministers to meaningful questioning by the press.

My favourite example of government unaccountability, however, was the widely publicised intervention by the prime minister’s fiancée, Carrie Symonds, in the cancellation of the Derbyshire badger cull earlier this year. Not only is Ms Symonds wholly unelected and therefore entirely unaccountable, she didn’t even feel compelled to hide her inappropriate influence; it was boasted about on Twitter.

The list goes on; you’ll have your own examples. We deserve better than this; political short-termism for a long-term industry; ministers who say one thing, then do another; who make promises then ignore them; who avoid scrutiny; pillow talk which determines the fates of generations-old businesses.

Farming is an industry built on trust – like wheat and oilseed rape, a commodity in short supply in 2020.