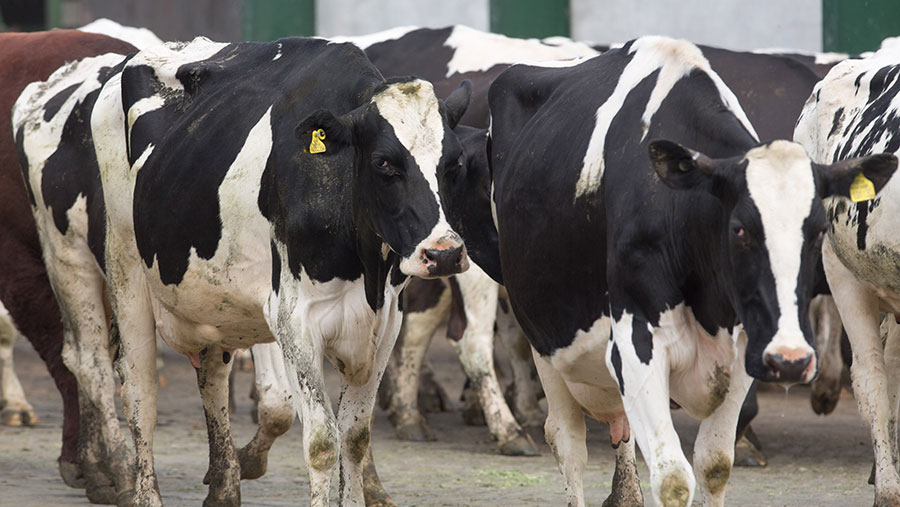 There’s nothing I like better than being part of an angry mob in a saloon.

So it was that I set off to a local pub to listen to a combined Animal and Plant Health Agency (APHA) and TB Advisory Service (TBAS) presentation on “Bovine TB In Your Area” (in this case, East Sussex).

The place was soon packed with farmers looking just as ornery as myself, hollerin’ for a showdown.

First up was small town mayor (I mean, NFU regional director) William White, who knows how to stoke an angry mob to good effect when he gets the chance. He promised us a couple of quick presentations before we got into questions and the politics of bTB.

A murmur of anticipation rumbled round the room. I licked my lips.

Next up was an understandably nervous looking representative from the APHA. Julio Diaz, a senior veterinary inspector, told us what we East Sussex cattle farmers already knew: bTB is still wreaking havoc among the county’s dwindling number of beef and dairy herds.

At the end of his presentation there were angry questions about why annual testing had reduced East Sussex cowpokes to “second-class citizens”.

No one, it was claimed by one member of the audience, wanted to buy our store cattle “compared with cattle farmers from Kent” (who only have to test their stock every four years and can sell them with no post-movement testing requirement).

Yeah, someone wanted to know, how many bTB reactors had there been in Kent?  Mr Diaz thought maybe one last year, but other than that “none at all for the previous four years”.

The audience was having none of it. “A vet told me about a farmer who bought cattle from Kent and four of them had TB,” said one farmer. Someone else wanted Kent cattle tested annually “like us” (I thought, “why not every month?”).

I surveyed the audience looking for a smug face – a sure sign of a Kent farmer.

With the tension now at boiling point, next to take the stand was Sarah Tomlinson of TBAS.

Ms Tomlinson is famous in these parts for writing a provocative article in the September edition of the NFU’s own British Farmer and Grower magazine in which she dares to suggest that bTB is not much different to Johne’s or BVD – just another disease of cattle that farmers should screen for.

And, hey guys, she told us, you should be grateful that, in the case of bTB, it’s the government that pays most of the cost of testing and compensation for animals you are told to cull.

You had to give her full marks for even turning up to face this crowd after writing that, but surely she wasn’t going to dare repeat it to our faces?

It soon became apparent that not only was she going to do just that, she even offered us the services of TBAS to come up with bespoke strategies for our individual farms to reduce the risks of bTB.

As Mark Twain observed first-hand more than a century ago, it only takes one brave man to quieten a mob. And by the time this brave woman had finished with us, we were meekly reduced to borrowing biros from one another to fill in our TBAS “We value your feedback” forms.