More than a hundred farmers are thought to have been caught up in the recent collapse of East Anglian grain trader Wellgrain, prompting questions about what others can do to protect themselves and avoid becoming unsecured creditors.

Paying close attention to industry rumour would be a good starting point. After all, it’s a little known fact that the vast majority of all work-related rumours turn out to be true. 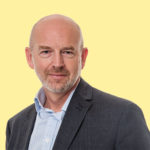 That was spelled out by Australian researchers Nicholas DiFonzo and Preshant Bordia in their 2007 book Rumour Psychology: Social and Organisational Approaches.

Unlike gossip, which is notoriously flaky, the researchers concluded that “in a workplace setting, people are very good at figuring out the truth”.

Furthermore, and perhaps surprisingly, the more those rumours move from person to person, the more accurate they become.

On that basis, the news that grain trader Wellgrain went into administration on 2 March, leaving behind a trail of debt and unsecured creditors, should have come as little surprise.

The rumours that the company was in deep trouble had been circulating for weeks.

It adds to a long list of business collapses within the agricultural sector.

In the past year alone we have seen a renewable energy firm, a Cambridgeshire vegetable trader, a potato equipment manufacturer and a north-west abattoir hit the buffers.

In each of these cases, the word was out well before the administrators were in.

But producers would be unwise to rely on rumours alone to protect themselves from such incidents.

There are plenty of other steps that can and should be taken.

Spreading risk by trading with a variety of partners is an obvious one.

Setting your own credit limits and maintaining them stringently is also vital – however much you think you trust the people you are doing business with.

Keeping an eye on your purchaser’s accounts is also useful.

Annual reports lodged at Companies House may be historic, but if they are also overdue, that may well signal a problem. It’s also worth occasionally checking their credit ratings.

If payments are late, then follow it up immediately, going to director level if necessary. You might also refuse to strike any new deals until payment is made. And you can always ask to see the latest set of management accounts.

Above all, be proactive. And remember, if you start to hear rumours, they’re probably true.