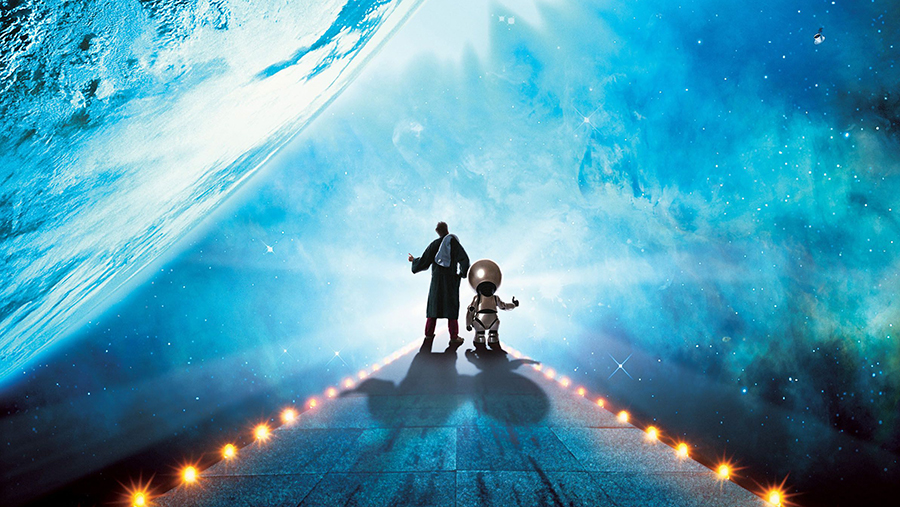 Hitchhikers Guide to the Galaxy © Touchstone/Spyglass/Kobal/REX/Shutterstock

Coming across an Alexa (Amazon’s ‘intelligent’ personal assistant) at a friend’s house over Christmas, after dinner and a couple of drinks I asked it the question any man my age would; what is the answer to life, the universe and everything?

In calm, authoritative tones, the disembodied voice swiftly replied “forty-two; but the question is more complicated than that”. I was impressed; any woman up to speed with The Hitch-Hiker’s Guide to the Galaxy is worth knowing.

It’s a question I’ve pondered many times since Michael Gove started saying the answer to farming, food production and everything post-Brexit is “the environment”. Yes, Michael, but the question is more complicated than that.

Now, as a purveyor of environmental land management advice, it might be supposed I am cock-a-hoop at the prospect raised in the 25-year environment plan of all farm support being linked to eager farmers supplying clean water, biodiversity and pleasing landscapes.

Well, yes, and no. Firstly, despite all the references to natural capital that surround it, how different will the new environmental land management system be to the old?

Then, how do you pay a small-scale farmer adequately for providing public goods without paying a large-scale farmer excessively? Don’t just say the payments will be capped, because if you deliver ecosystem services on a large scale, should your reward not match?

Lastly, the concepts of natural capital and the ecosystems services that derive from it need pinning down. What exactly will we pay farmers for, and on what basis?

Support the uplands as a special case, by all means. But if we’ll support farmers in Cumbria because they keep rural life vital, don’t farmers in Kent do the same?

The future of agri-environment is a work in progress, and if we in the industry don’t say what it should be, others will. Greener UK, a group led by 13 environmental NGOs, has already stepped into the ring with a briefing for policymakers – its view on a future sustainable countryside.

There is nothing anti-farmer in it, but you can’t help feeling the good ship “We Know Best”, with its Monbiot figurehead, has set sail, heading into a golden future, in which diverse swards on carbon-rich soils are roamed by packs of wolves skirting carefully around flocks of sheep labelled “conservation management” and “public enjoyment”.

Organisations on the farming side have already pointed out there’s a wider picture. But while the Brexit manifestos of the NFU, Country Land and Business Association, Countryside Alliance, Tenant Farmers Association and others have a lot of stuff that is as green as you like, it’s not being said with a single voice, and that’s what we need.

I’ve heard farmers in facilitation groups are starting to say what they can deliver on the environment and what they need to do it. Of course they can – just give it to them.

Strength and clarity on the environment has to come from the farming side too. Farmers aren’t afraid of a green future, just wary of who sets the agenda. Top-down ends up over-complicated and over-policed, so let’s set out the bottom-up approach.

To misquote former Liverpool manager Bill Shankly, the environment isn’t a matter of life and death. It’s more important than that. Do you know that one, Alexa?