I have kept quiet on issues such as Brexit and the forthcoming election so far in this column.

I’m not particularly knowledgeable about politics, but I studied at the same college as Theresa May (St Hugh’s), so I do feel a slight sense of sisterly solidarity towards a fellow “Hughsie” when she is under fire. 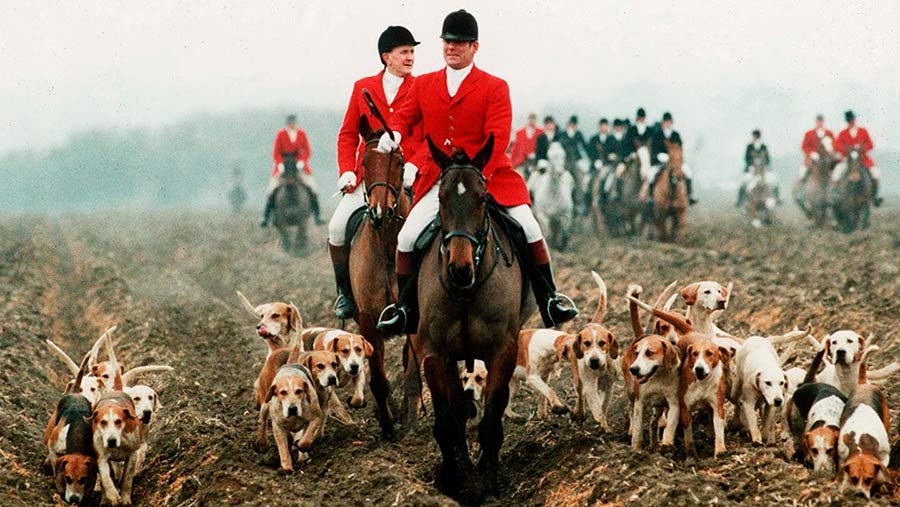 Perhaps it’s my social circle – I previously worked in publishing and the charity sector, both of which are generally left leaning – so my social media feeds are full of angry remoaners castigating the Tories in general and Mrs May in particular.

Her recent commitment to allow a free vote on fox hunting in the House of Commons if re-elected has certainly opened a can of worms and could put previously safe votes at risk.

I don’t feel strongly about hunting on welfare grounds, but it seems unnecessary to me.

The modified sport has continued under the Hunting Act, and there are alternative means to control foxes where necessary.

The hunt comes across our farm once a year, and although it is a minor inconvenience having to turn off electric fences, and we worry about neospora, the benefit of disposing of fallen stock means we put these concerns to the back of our mind.

Regardless of my personal feelings, I struggle to rationally justify killing foxes with dogs, and can see why the proposal for a vote alienates the public, even those who live in the countryside.

If the hunting vote is Mrs May’s way of showing her allegiance with rural communities, Jeremy Corbyn’s leaked manifesto has unsurprisingly shown his apathy for agriculture.

His pledges to uphold the Hunting Act, ban neonicotinoids and end the badger cull are all strong ideological statements from someone who mainly appeals to the urban vote (promises about rural bus services and high-speed broadband aside), but there seems to be little evidence-based analysis behind them.

Unfortunately, I’m not sure the Conservative manifesto is much better. It makes bold statements, but I’m not convinced they are achievable.

Unrealistic goals from the Tories

A pledge to replicate all existing EU free-trade agreements looks optimistic at best considering Mrs May’s latest round of talks with EU leaders, and promises to improve animal welfare and create a 25-year environmental plan may appeal to the public, but will surely involve more of the red tape that leaving the EU was supposed to get rid of.

The promise to keep the same cash total for farm support until 2022 will allow many farmers to breathe a sigh of relief.

I wouldn’t want to see payments cut overnight like they were in New Zealand, but I have never received any SFP and hope a phased end to subsidies will be the shake-up needed to generate new opportunities for new entrants.

The decider for my vote

I think my safest bet is to vote based on my personal concerns.

The constituency of north Shropshire, where I live, has been Conservative ever since its inception in 1832, so whichever way I vote it’s unlikely to influence the outcome.

I wrote to our MP, the former Defra secretary Owen Paterson, last month to express my anger about the possible closure of our local maternity unit, which could force mothers in rural north Shropshire to travel almost an hour to Telford to give birth. To my surprise, the following day I received a first-class letter on House of Commons headed paper.

For a moment, I wondered if I was being summoned to court. But no, it was an extremely prompt reply from Mr Paterson, responding to my concerns and promising to forward my letter to the relevant people. He sent a further update a couple of weeks later.

Ultimately, whatever happens on the national and international stage, our MPs are our local representatives in parliament, and our safest bet is to vote for the individual who best fulfils that role.