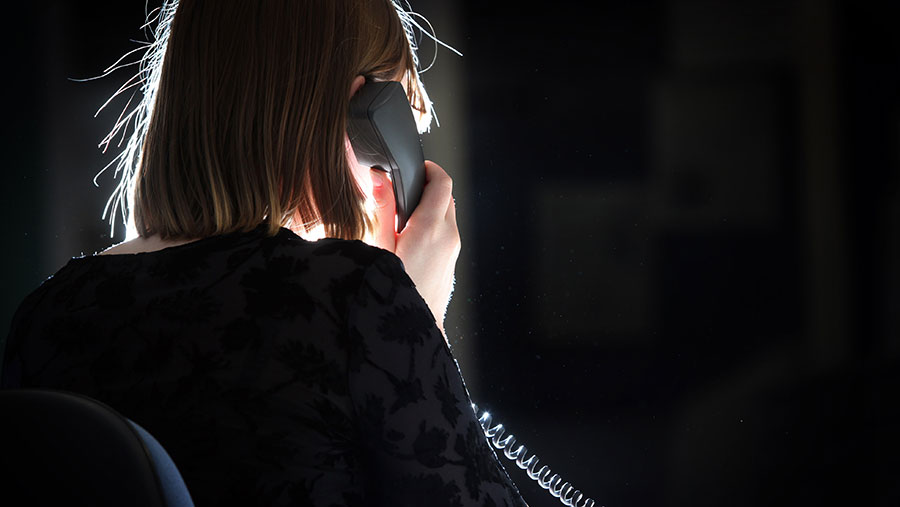 I nearly fell victim to a scam recently and want to warn Farmers Weekly readers about it.

Farming people are particularly likely to be vulnerable to this because it targets people who answer their landline (such as those running businesses or without a mobile signal in their homes) and people who use BT, which is often the sole provider in rural areas.

It works like this. Someone rings up and says they are calling from BT to warn customers about future price increases. They sound as if they could be from BT – they have a British accent and there is no delay on the line when you answer the call.

See also: Holidays are a must – even for farmers

Furthermore, I seem to remember that the BT Business team did use to call up from time to time offering different terms and packages, so it sounds plausible. They seem pleasant and are willing to ring back several times.

I got the full spiel – there was going to be a price rise, but he could offer loyal customers a different deal if they opted into a new contract. How was our broadband at the moment? Yes, it’s terrible after 4pm when the kids come home from school, isn’t it?

He’d check to see if there was something he could do about it. Oh yes, he could, as part of the new package. Blah, blah… That’s all fine, it’s a new package offering savings and a better product.

Should he send details of the new deal/contract by email or post? He just needed me to confirm a couple of details. Not payment details or anything – they obviously had all that already and it would just continue as before. Have you got a pen? Take down my number and call me if you have any queries or problems.

Well, nothing appeared in my email and then I started to remember several parts of the call that didn’t ring true. It became obvious to me that this was part of a scam.

So I tried to recall the conversation and, particularly, what I had told the scammer. I hadn’t given any financial details or passwords (I hope I never would), but I had given my email address and information “confirming” things, which a follow-up caller could use to try to demonstrate that they were legitimate.

Nothing dodgy happened immediately to either my bank accounts or emails, so I decided that I just had to wait for part two of the scam to turn up – whatever it was.

I certainly was not going to get further involved by calling the phone number that the man was so insistent that I take down.

It was, therefore, a bit of a relief when a couple of days later part two manifested itself.

I took a call from someone claiming to be from the BT security department. She told me that the security on our broadband had been breached.

I presume she would have then have read me back the information I had given previously if I had challenged her, but I just wanted to find out what the con was. I asked what could be done to stop this. She wanted to talk me through making a few changes and new code to my computer to “restore security”.

So there we had it – this was an attempt by a scammer to gain access to my computer and then, presumably, my bank accounts. Further engagement seemed pointless, so I told her it was a scam and hung up.