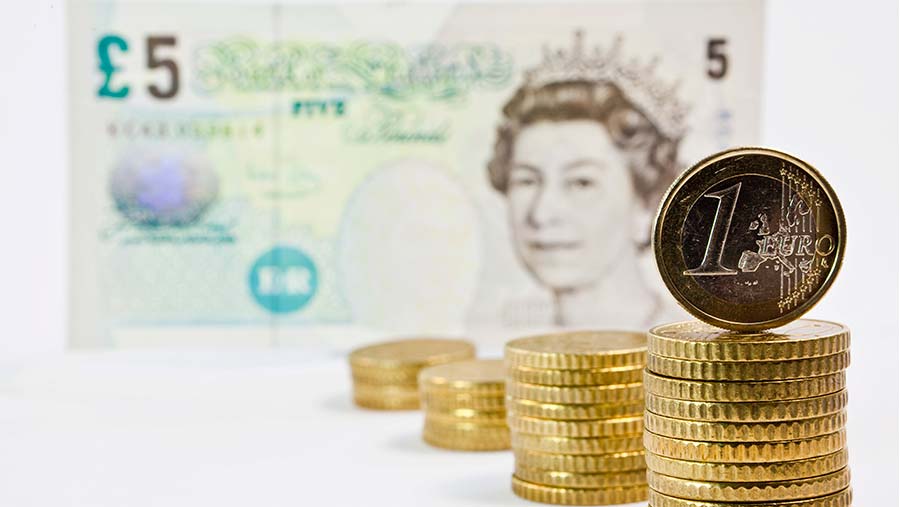 Some 90 minutes into my 2016 BPS application session, I was feeling pretty smug. I was about a month ahead of the deadline and I was “nailing it” – as the young people say.

I had managed to find my 10-digit registration number, remembered the German obscenities that act as my password, and was away.

The website accepted the number and the obscenities, and off we went. It appeared simple enough, even if it seemed that Mr Logic had left the room once or twice while the IT team were putting it together.

All my business details were fine, so I skipped straight to the list of fields. They all seemed present and correct, but I printed them off to be sure, and went through them one at a time.

It came as a shock to find that fields are now measured, or claimed to be measured, to the nearest square meter, after years of just two decimal places of a hectare being adequate. “Don’t confuse precision with accuracy,” my physics teacher used to say. We will see if such astonishing measuring is applied when the inspectors come.

I even spotted this year’s “tripwire”: the order of “part fields” on the main field data sheet was different to the order on the “change land use” section.

Luckily I noticed it and narrowly avoided putting down the old barn in the corner of Chalks as a plot of winter wheat (or AC66, as it is better known to the RPA in its list – which I also printed off for referencing at my desk. What happened to the paperless society?)

So, with all the fields reallocated, and the handy little automatic totalisers telling me that I was OK for greening and crop diversification, it was just a matter of ticking a few more boxes and it would all be done.

So, it was “yes” to being an active farmer (I couldn’t find the “idle” box), “no” to being a young farmer, but then everything ground to a halt.

Did I want to be paid in euros or sterling? Ah. Euros or Sterling.

In previous years, I have always opted for sterling, and have probably done better in some years and worse in others. The crucial pound/euro exchange rate has swung this way and that, often with no rhyme nor reason.

See also: I will pay a land agent to make my BPS application

But this year it’s different. There is a referendum coming up and the result will have a huge effect on that exchange rate.

Rumours of the “out” camp doing well are enough to send the pound down and a visit by the Blessed Obama to bang Mr Cameron’s drum sends the pound skyward again.

On 24 June, if we’ve voted “out”, the markets will send the pound plummeting and my direct payment (for the years I’ll still get it) will be very healthy.

However, if the remain campaigners have won, the pound will soar and my payment will take a beating – unless, of course, I’ve ticked that special little box.

So there’s a dilemma. Do I tick the euro box in anticipation of a remain vote? I’ll have to go through the palaver of opening special accounts and then swapping those euros to pounds at some stage, assuming I want to use them. But will the exchange rate have swung back again? Or do I go for payment in pounds, and hope for that brave and bold “out” vote?

I still haven’t decided. One little box has held up everything. So much for being well ahead of the deadline.