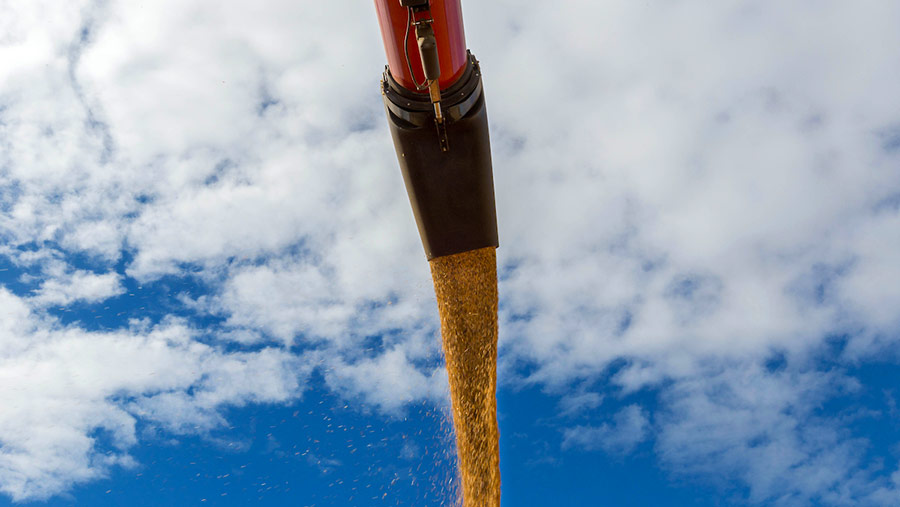 When the straw walker light and buzzer came on in the combine, I nearly ignored it. Eight years’ ownership of the Płock-built New Holland has taught me that nothing cries wolf like a TC5070’s dashboard.

It beeps, bongs, buzzes and flashes its lights at regular intervals all day – all you need is Chic on the CD (only one speaker works now, though) to relive those 70s disco moments.

This time, though, the warnings seemed to warrant investigation. One side of the combine reeked of hot belt (the good old-fashioned warning sign) and, sure enough, when we turned the drum by hand, the walker belt was slipping. At that moment, as if to rub it in, the heavens opened.

I was not in the best of moods as I headed back to the entrance of the field and drove the combine into the sheep pasture. If I had a long afternoon ahead rolling around on the ground, a bit of green grass would be much more comfortable.

Noel and Anthony stood down from corn cart, and I set about my task, aided by a couple of dozen inquisitive sheep.

Where to start? Well, a quick look in through the top hatch revealed a massive wodge of straw between the second drum and the start of the straw walkers – that would need clearing, and there might be something else in it doing the blocking.

The space inside a combine above the straw walkers is officially the least hospitable place on earth.

You need a carpet to lie on (sourced from the boot of the farm truck, once all the harvest paraphernalia had been lifted out), a good dust mask (found under the seat), and a huge dose of faith that your lower back isn’t going to give way while you’re upside down in a phone-free zone.

Five minutes of poking established that nothing could be done from the inside, and I clambered out with all the grace I could muster. Which isn’t a lot.

The next plan was to keep hanging on the drum drive belt, reversing the whole thrashing mechanism, in the hope of clearing the blockage that way.

I was five minutes into thinking how this was going to boost my already rock-hard abs when I noticed how the straw walkers moved happily when reversed, but seized when asked to move the right way. It had to be something jammed; it was just a question of hunting it down methodically.

Rolling underneath to take off the cross auger covers, I landed in some tiny but vicious nettles. A quick obscenity-filled shimmy to my right got me out of the nettles…. and into some sheep poo. But all the flights were clear of obstruction.

That left one last possibility and, sure enough, tucked neatly between a blade and the housing of the chaff spreader, was a sturdy twig, no bigger than half a cigar, but enough to make the belt slip.

Five minutes later, I emerged, smelling of poo, legs lightly stung, having wreaked mighty revenge on that poor little twig. And everything worked. Hot sun had dried the wheat, Team Corncart were summoned, and off we went again, all smiles. Error code 3-2 started flashing again, claiming my left Autofloat sensor was faulty – but I ignored it; I haven’t got one.

Right on cue, Earth, Wind and Fire came on the one-channel radio, and I indulged in a hideous in-seat boogie. Good thing only the sheep could see me.