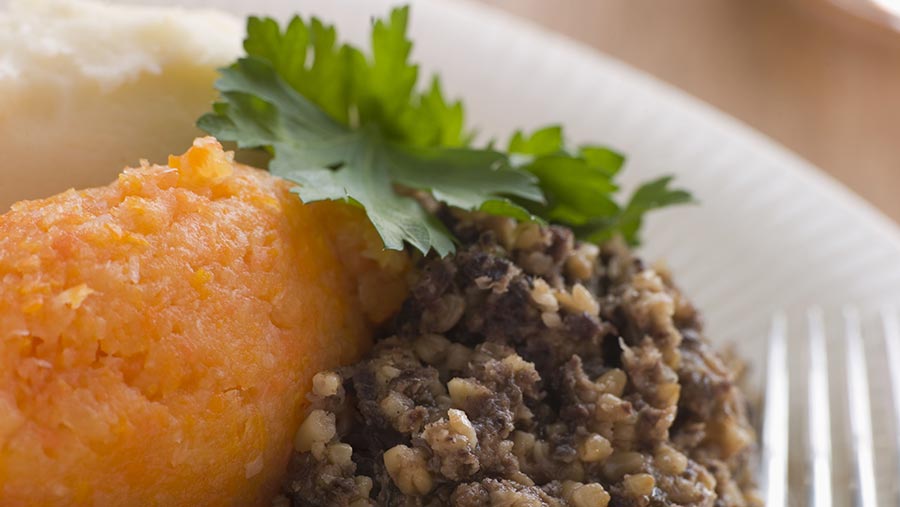 The year has kicked off in the traditional way, with a dose of flu – not the full Australian or Japanese strains, but still completely debilitating.

The illness was followed by the traditional “kill or cure” event for convalescents, the cricket club Burns supper. This was one of many Burns night events in Northumberland, reflecting the widespread Scottish heritage here, together with a need for some excuse for a social event in January.

While Jake loves a Burns night, I tend to, as it were, “hae ma doots”, mainly due to a life-long aversion to turnip and a general suspicion of haggis, whisky and bagpipes.

I detest the turnip and all its works. This can be traced back to the family turnip recipe – cut up into chips, boil for an hour, mash into oblivion to produce a horrid, watery, orange mush.

I find it equally horrible if rebadged as “swede”, as much of the country seems to call it. A turnip by another name still tastes just as bad.

Furthermore, the taste and texture of the haggis at these events does seem to vary hugely from reasonably OK to very challenging.

The jeopardy of not quite knowing what you’re going to get is all part of the package.

Then there is the poetry itself. Apart from a couple of the greatest hits, which you smile at in grateful recognition, most of the poems selected for the evening always seem to come from the obscure dialect end of the Burns’ range.

To the untrained ear (mine), this combines reasonably intelligible phrases with a random selection of keywords from a strange ancient language. It goes completely over my head.

After a while, the mind wanders and you can’t help idly wondering if a Pam Ayres night would be a feasible alternative and, if so, whether this would also involve turnip.

But the fact is, despite all this, the traditional Burns supper still works. For many people, that is partly mixed up with romanticised notions of Scottish identity, but for others it may be more simply about the chance to get out and see some different people at the end of a miserable, isolated month.

Burns must have been doing something right. That people will still leave their homes on a cold night to eat a plate of offal, sit respectfully through recitations they don’t understand and then toast his memory, 220 years after his death is some achievement.

Robert Burns seems to have spent most of his life trying and failing to make a living as a tenant farmer, returning to farming between spells of earning money elsewhere.

He is a reminder that tenant farming has always been hard and there has always been a need for diversification. He should be an enduring inspiration that it can sometimes be spectacularly successful.

Traditions that aren’t useful or enjoyable don’t tend to last. So, while we will be getting flu jabs this autumn to try to bring the winter illness tradition to an end, I expect we’ll be back for the Burns supper in 12 months’ time.