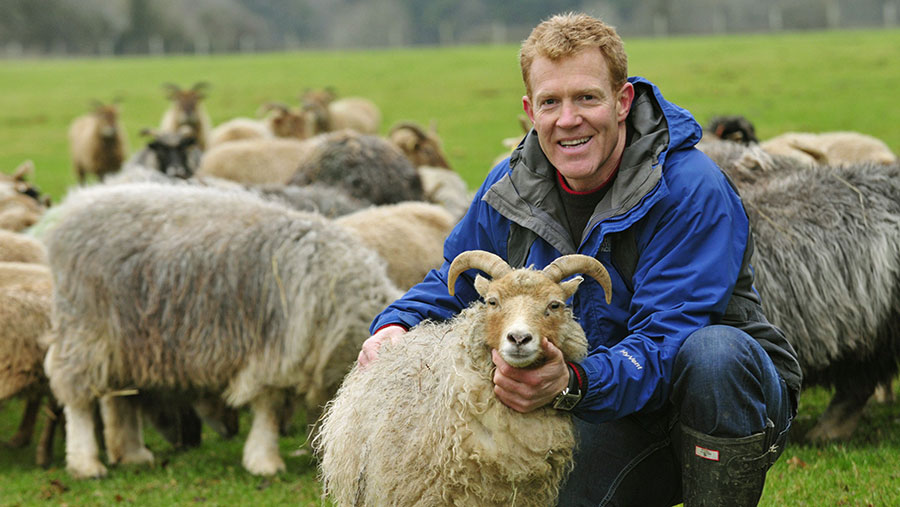 When I heard several farmers complaining about the 30 July episode of Countryfile on rural air pollution, I was ready to defend the programme.

I’ve been a covert Matt Baker fan since his Blue Peter days and spotting Adam Henson at the Three Counties Show one year was more exciting than our Blonde bull being placed in his class (don’t tell my husband).

I know all the real farmers say it’s a programme for townies which paints the countryside as a twee rural idyll full of dead poets and National Trust properties, but that’s precisely why I was prepared to defend it.

See also: Let’s get more joint ventures off the ground

We aren’t the target audience anymore, and we shouldn’t be surprised if it doesn’t represent our concerns. Surely it’s a good thing that people are taking an interest in the countryside, even if it is from a fairly narrow and manicured perspective.

When I watched the episode, I changed my mind.

The feature used the recently published government air pollution report as a hook from which to hang farmers for the UK’s failure to meet air pollution targets, beginning with the brutal opening claim that most of the air pollution in Northern Europe comes from agriculture. It didn’t get much better.

Using a rural lung disease sufferer who “fights a daily battle” with air pollution is hardly representative of the impact on the general population, nor is conducting a science experiment in a field while wearing goggles and white coats, which results in plumes of ammonium nitrate particles a realistic way to show people how ammonia is released into the atmosphere by muckspreading.

Another experiment showed how ammonia emissions are turning “pristine blanket bog” back to grassland, resulting in the loss of native species such as brambles and nettles. The whole thing felt like gratuitous scaremongering at the expense of farmers.

What was even more hurtful was the claim we are “lagging behind” our European counterparts in Holland and Denmark where ammonia emissions are “strictly controlled”.

The programme made no acknowledgement of nitrate vulnerable zone regulations in the UK, of RB209, or of the hundreds of farmers who go above and beyond statutory legislation through stewardship schemes and initiatives such as catchment sensitive farming.

The one farmer in the feature was seen testing injection slurry spreading, as if it was some kind of radical new invention.

For many of us, methods such as this are already standard, and the financial benefits of reducing nitrogen losses to the environment are well known. That’s not to say we can’t do more, but we are already on the right track.

With Brexit looming, the need for the public to understand agriculture has never been greater, and programmes such as Countryfile could play an important role in this.

I know the programme must cater to the tastes of its largely non-farming audience, but Tom Heap’s reports tend to be the one section which isn’t all holiday cottages and birdwatching, so it’s very disappointing that it has been used to criticise farmers unfairly.

While the preservation of the environment and native species is clearly hugely important to farmers and the public, we can’t feed the country off blanket bogs.

If the public want to continue enjoying the countryside and the affordable food it provides, we need profitable farmers who can afford to look after it.

Ironically, if we don’t take up technologies such as precision slurry spreading, we will be at a competitive disadvantage compared with our European neighbours, and if we aren’t careful, Brexit may enable them to capitalise on this.

Countryfile should be banging the drum for British agriculture at this vital time.