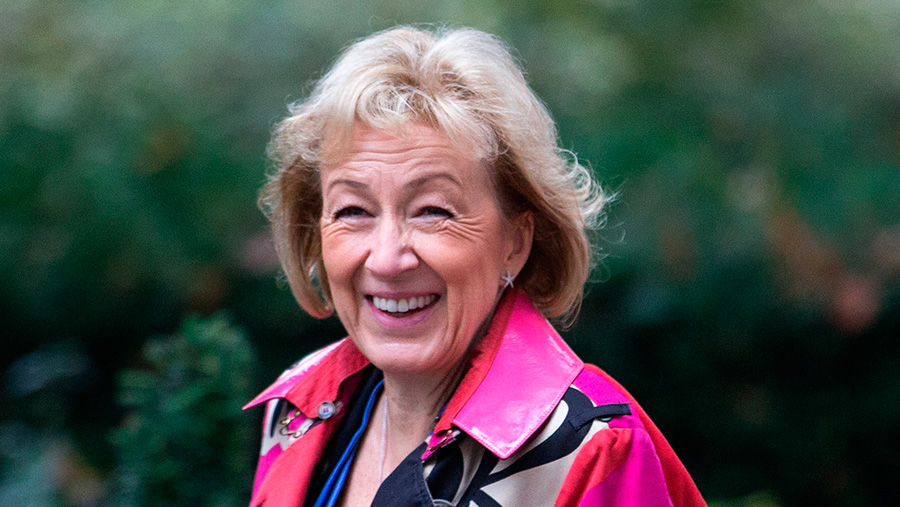 Andrea Leadsom, the new Defra secretary, has promised to balance the needs of the environment with productive farming.

She has also pledged to get the best trade deal for farmers as Britain leaves the EU because with agriculture occupying 72% of the UK’s land area “it is necessary to have a successful and productive farming sector”.

Amen to that, but may I remind her the industry is on a downward spiral, having just recorded the third year in succession when farm incomes declined – last year by 21% on average compared to the previous year.

So she must first reverse that trend before working out how to deliver such promises against reducing – and soon disappearing – EU aid.

It goes without saying I wish her success. But when she addressed the Commons Environment Audit Committee recently she refused to be drawn on specific policies, preferring to rely on complimentary adjectives to describe the industry over which she now presides.

One wonders how she, having advocated the abolition of farm aid before her present job, will tackle the problem.

Perhaps her powers include miracle working, but that has yet to be confirmed.

That said, she is saying the right things about balancing production and caring for the environment.

Indeed, it could be said she and Defra have at last caught up with Leaf, which is celebrating its 25th anniversary this year.

Those of us involved in its formation summarised our objectives as the promotion of farming systems that gave equal consideration to ecological and environmental requirements as to production and economic demands.

Our vision was an industry that left the land in better shape after we had farmed it while at the same time produced affordable food for consumers and prosperity for farmers.

It was never, in our minds, either production or the environment.

We were sure the integrated systems we advocated could serve both interests at the same time.

I believe experience over the past quarter century has proved us right.

The background to our initiative was sustained public criticism of farmers for over using agrochemicals and artificial fertilisers.

The criticisms were exaggerated, but they were led by people such as Marion Shoard who had published a book spelling out her ultra-green beliefs.

And the fact we had been producing grain mountains and milk lakes for several years added credibility to critics’ claims.

One of Leaf’s earliest aims was to persuade farmers to target optimum economic yields rather than maximum yields which often led to wasted inputs.

After a few years the active ingredients in agrochemicals had come down by 25% nationally and nitrogen applications had reduced by 15%.

Moreover the cash savings this represented helped arable farmers to survive the difficult years that followed.

You probably know much of the rest of the story of what Leaf has achieved; over 40 demonstration farms around the UK – open to the public and other farmers seeking to learn more; eight innovation centres at seats of learning and experimentation; the Leaf marque, which inspects and verifies superior production methods (a third of all fruit and veg sold in the UK is produced to these standards); and Open Farm Sunday, organised by Leaf, which attracts several hundred thousand consumers on to farms each year; and so on.

Mrs Leadsom would do well to study such achievements as she develops her policies, which appear to mirror what Leaf has already achieved.

But cash support and/or import control will be needed, as well, to ensure the prosperity she promises.