In my more idle moments, I sometimes wonder about the exact circumstances in which these words might get read.

Is it in the bath amid the suds as the big toe on the right foot carefully manoeuvres the hot tap another quarter turn? In the loo (a room Mrs Smith brusquely likes to refer to as “his reading room”)? Then again, maybe Farmers Weekly gets read in bed?

It’s probably best not to explore the bedroom setting too much further. I will merely – in a timely tribute to one of my favourite comedians, who passed away recently – quote a Victoria Wood line from her song Let’s do it.

It goes: “Not meekly, not bleakly, beat me on the bottom with a Woman’s Weekly.” And let’s be honest, who hasn’t played out the farmhouse version of that ditty? 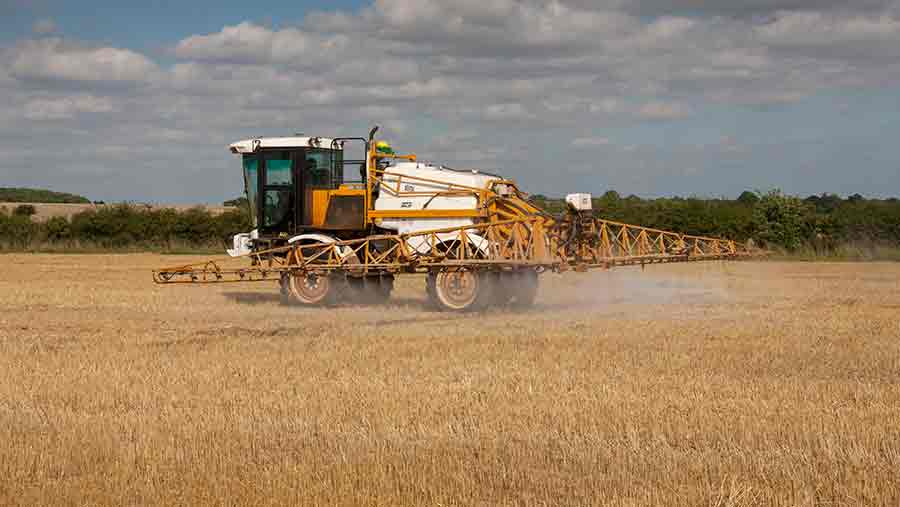 Or maybe it’s at the breakfast table where you do your ag-mag reading? I’m imagining now my mugshot being pebbledashed with bits of fried tomato flak, mixed with the shrapnel from the bottom of the cornflake box.

If by chance you are indeed now sat at the breakfast table, can I suggest you stop reading this and finish your apple juice first, because it’s the subject of urine that occupies me this week. “Too late!” I hear you cry.

Let’s be clear, it was some green MEPs that started all this wee talk. In a stunt called “We’re peed off” they brought in their own samples to the European Parliament to complain how much glyphosate there was in them.

It was all part of the push by the anti-pesticide NGOs to have glyphosate banned. The urine test revealed glyphosate levels was about 1ng/ml.

At first I thought this quite alarming. As someone who regularly handles the concentrate, I suspect my readings might be higher.

To be frank, I started wondering if I need to be more careful when caught short away from the yard. Farmers are already blamed for the demise of wild flowers as it is.

So do we need to ask ourselves what rare orchids we might be jetting into oblivion as we relieve ourselves behind a hedge next to our floristically enhanced margins? And should such applications be given a mention in our spray records (type of nozzle used)?

But then I stopped to work out what amounts of glyphosate these green MEPs are getting in a stew over. One ng/ml is a billionth of a gram in a millilitre. To kill a thistle you need at least 0.015g of glyphosate.

So you would need to pee more than 15,000 litres on to a thistle to get it to succumb. So good luck with that.

It almost feels as if we are carrying around Dr Crippen’s medicine chest in our bowels. Then, of course, there is naturally occurring botulinum, a teaspoon of which can kill one billion people.

Fortunately this doesn’t turn up in the bladder, but instead we deliberately inject it into ourselves for cosmetic reasons – its marketed as Botox.

But the easy thing to overlook is that modern analytical methods allow us to detect more or less anything at levels of microscopic inconsequence.

It’s almost as if in our hyped-up world of scare stories, we have forgotten the wisdom of Paracelsus, who wrote: “Poison is in everything and no thing is without poison. The dosage makes it either a poison or a remedy.”