During her first official visit to the Duchy of Cornwall earlier this month, the Duchess of Cambridge revealed she would “secretly like to be a young farmer” and has been teaching her young children George and Charlotte about the farm at the Sandringham Estate.

The duchess is known for immersing herself in whatever engagements she undertakes, and the trip to the Duchy was no exception, with Kate pulling a pint of Cornish Rattler cider for William to try, and even sampling a shot of 60% proof whiskey.

It seems that she is already well qualified to make an excellent Young Farmer! 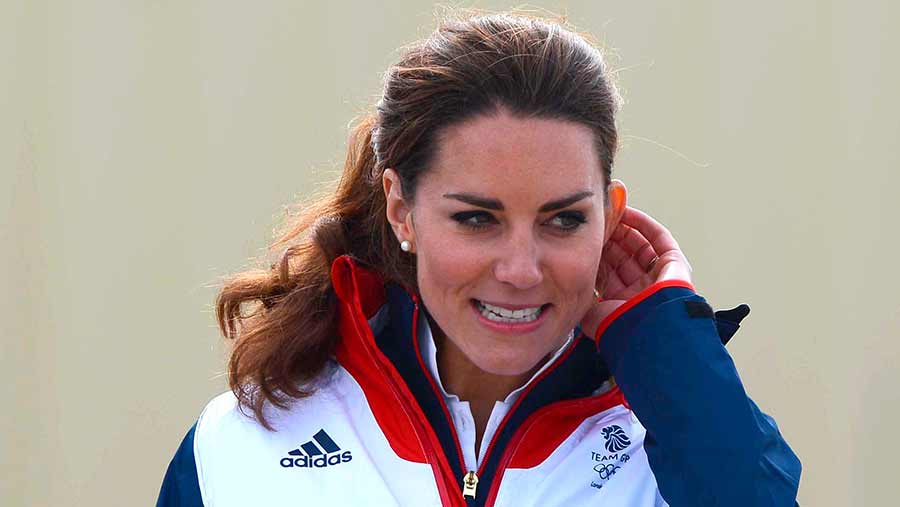 With no less than twelve Young Farmers Clubs in her home county of Norfolk, the Duchess would have no shortage of options, but unfortunately at 34 years old she is eight years too late to become a member.

If she is still keen for a taste of working farm life, she would be welcome to spend a day on my farm. Here’s a tongue-in-cheek idea of how her diary might read afterwards…

5.00am – Arrived in the pitch dark and couldn’t find anywhere to park the Range Rover. Hopefully it will be out of the way in the barn.

9.00am – Finished milking. Dubarry boots and Barbour jacket now covered in cow muck – seems a trip to Countrywide will be in order.

9.30am – Went to fetch a jug of milk, tanker had already been! Nearest Waitrose 20 miles. Looks like black coffee and toast for breakfast…

11am – Nanny brought George and Charlotte to help feed the calves. George wanted to drive the tractor, but unfortunately the HSE says under-13s are not allowed.

Liz Haines and her husband Nick milk 320 spring-calving cows in a contract-farming arrangement.

On a more serious note, William and Kate are set to inherit 130,000 acres of land when the Prince of Wales becomes King and the Duchy of Cornwall passes to them.

The Duchy currently provides Prince Charles with a private income of about £19m/year, so farming will one day literally become the couple’s bread and butter.

The prince’s stated aim for the Duchy is “a long-term stewardship approach [proving] that environmental and agricultural best practice are compatible with a sound financial return”.

These are surely sensible objectives for any modern farmer, and if William and Kate can continue to achieve them they will be in a strong position to pass the Duchy on to Prince George in good health for another generation, while setting a great example for the rest of us.

Whether you love or loathe the Prince of Wales, no one can deny that he has been a prominent ambassador for British agriculture, in particular the organic sector and the conservation agenda.

His Countryside Fund donated £40,000 to support farmers and rural communities affected by Storm Desmond and has also commissioned research to help small family farms increase their viability in the modern marketplace.

It will fall to Kate and William to take up this mantle. Just as they are ambassadors for the UK as a whole, reviving public support for the monarchy and bringing in millions of pounds to the economy, it would be wonderful to see them acting as figureheads for British agriculture.

If they are truly passionate about farming and choose to meaningfully engage with the Duchy of Cornwall, the benefits could be far-reaching, from the individual tenancies and jobs secured in Cornwall (and the other counties the Duchy extends to), through to the national and even international perception of our industry.