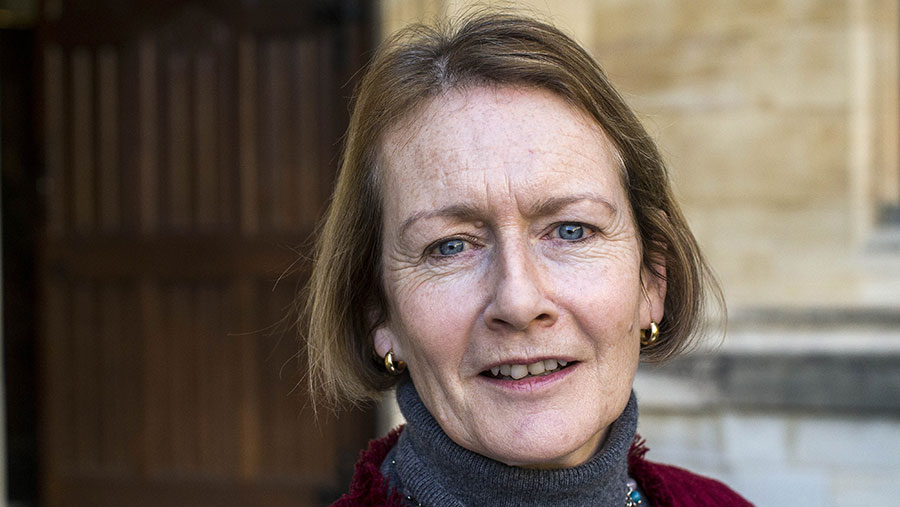 We are soon to have a change of landlady. No, not the lovely Jo at the Jolly Flowerpots; Dame Helen Ghosh is moving on from being head of the National Trust (NT), and has just taken the oath as master of Balliol College, Oxford.

It is a momentous moment for a trust tenant like me – it will bring to an end a period that has been… interesting.

See also: HLS would mean ‘surrendering’ my ability to farm

It’s hard to say what has been the most “interesting” moment. Perhaps it was when visitors started pouring all over the farm, clutching a leaflet inviting them to picnic “anywhere within the estate”.

Or it might have been the time a neighbour was on a trust tour, and was told of the trust’s plans to turn one of my pastures into a wild-flower meadow. “Did you know about this, Charlie?” she asked later. I didn’t.

Or what about the comedy stand-up row I had with the trust’s building surveyor, who was about to start digging up one of our pastures to lay three-phase fossil-fuelled power to the Hinton Ampner “green” power plant.

In the end, I relented, let them get on with it (diggers and council traffic lights were expensively booked for the next day), and had to ring up Natural England (NE) for a retrospective derogation. NE gave a long-suffering sigh and docked us a penny. Bless them.

Another scary moment was when we discovered – via Facebook – that an industrial firework display had been organised 50m away from Hazel’s cattle.

Yes, there have been moments – quite dark moments – when it seemed the trust had put their copy of our precious and hard-won Agricultural Holdings Act tenancy, with its sacred paragraphs about tenants’ privacy and public rights of way, into Swindon’s biggest shredder.

But the strangest aspect of the “Ghosh years” has been the rewriting of our village history in a style that would make Stalin proud.

The Battle of Cheriton was redated, big old houses have had their previous occupants misnamed, and other houses have been renamed.

For example, the little home in which we started a family has changed from idyllic Manor Cottage to ugly (if factually correct) Manor Farm Bungalow. Keeper’s Cottage also had its politically incorrect name chiselled off the outside during recent renovation.

And the trust’s error-filled “heritage records” for the estate claim there’s a 1959 brick bungalow called Meadow Cottage in the middle of one of our pastures. There isn’t.

Much of this is trivial, of course. But the NT is worshipped as an iconic and authoritative landowner. (It also claims to be Britain’s biggest farmer, which is odd; “farming” land ain’t the same thing as “collecting rent from” land.)

When the trust says something, many listen slavishly and doe-eyed at their feet. What they say should be true.

But, as the Ghosh era ends, it should be pointed out we still enjoy a good-natured cuppa and a post-shouting match Hobnob with Dame Helen’s long-suffering agents.

And we always leave Tenant Farmers Association meetings realising we’re only about halfway down the farm tenants’ horror story chart.

So, as we trust tenants bid her farewell, many congratulations, and Happy Winterval, to Dame Helen as she takes over at Balliol College, Oxford – quangocrat nirvana achieved. I just hope the college knows what’s coming.