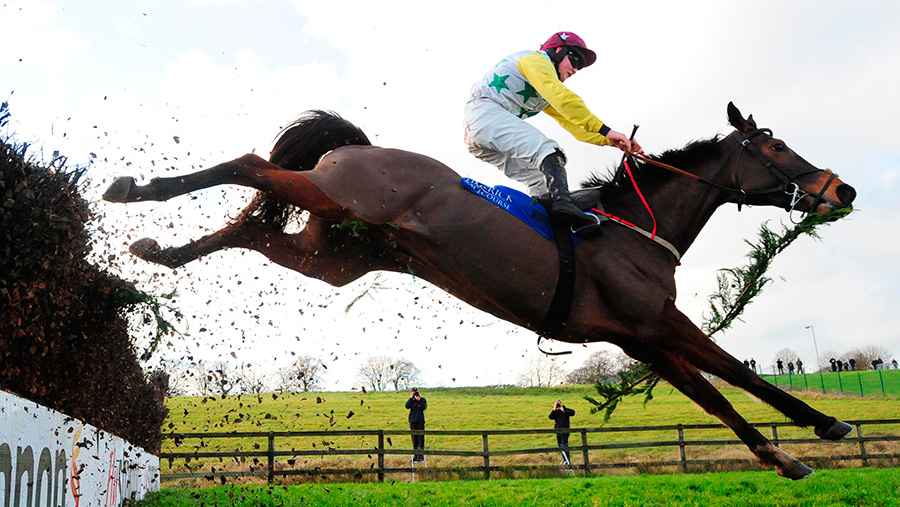 Being a farmer I’ve always loved a bet. I think it’s in the blood: in his youth, my father would cycle from his family home in Sutton to spend hours on the Epsom Downs.

My mother used to delight in striding boldly into Ladbrokes to place her Grand National bet. She did claim to have once got each-way odds on the boat race, but no-one believed her.

A first date with the next generation Mrs Flindt was spent at Gosforth Park, Newcastle, where I carefully instructed Hazel on the art of placing a bet.

She chose the most intimidating Geordie bookie, asked to put £2 on a horse, gave him a fiver, and he gave her £8 change. “That’s the one for me!” I thought.

Life changes, and the cash for such fripperies has gone. But I still study the odds, although I’ve moved away from horses to the world of politics.

I watch them rise and fall (the politicians and the odds) and, every so often, kick myself firmly for not betting a tenner that no-one would notice had gone missing.

I was in the pub with a fellow politics watcher just before the 2015 election, and we couldn’t believe that William Hill were offering 13/2 on a Tory majority.

I confess we believed the experts, and didn’t take that bet. And then, after the candidates for the ensuing Labour leadership were announced, he and I dared each other to put money on Corbyn – “£10, £20… no, go on, put on £50, I will if you will.”

Of course, neither of us did. Corbyn’s winning odds were 200-1. I still daydream about sneaking into the bookies with a grand.

And then there was the EU referendum. At one stage, it was possible to get 9/2 on us voting to leave.

Once again, I um-ed and ah-ed, wondering how much I could afford to lose (the key question for part-time gamblers). As it happened, of course, I could have bet an awful lot.

Thanks to the currency movements that were due solely to the Brexit vote, my SFP was up by 18%, and the 1,000t of stuff in the long pool at Hampshire Grain will be worth £15-£20/t more.

The NFU and other sore anti-Brexit fanatics can try to spin it another way, but that’s the truth. My concerns about betting a herd of ponies – or even a monkey – would have been unfounded.

But the wise thing to do would have been to bet on remain to mitigate what would have happened if we voters had, in fact, done what we were told: the pound would have soared.

Our single farm payment would have plummeted.

The price of our produce would have tumbled. It’s safe to assume that the losses due to remain would have equalled our gains due to leave.

Now, despite the best efforts of Bob Geldof and his ilk, the odds on remain stayed close to “evens” through most of the referendum campaign – what you stake is what you win.

How much money would I have had to bet to offset the losses that we would incurred if we’d voted remain? You don’t need a calculator to come up with a ballpark figure of about £30,000. And strangely enough, I don’t have that sort of money in a pot in the kitchen.

Luckily, I stay out of the bookies – and stick to the biggest gamble of all: putting a seed of corn in the ground. It’s what we farmers do.