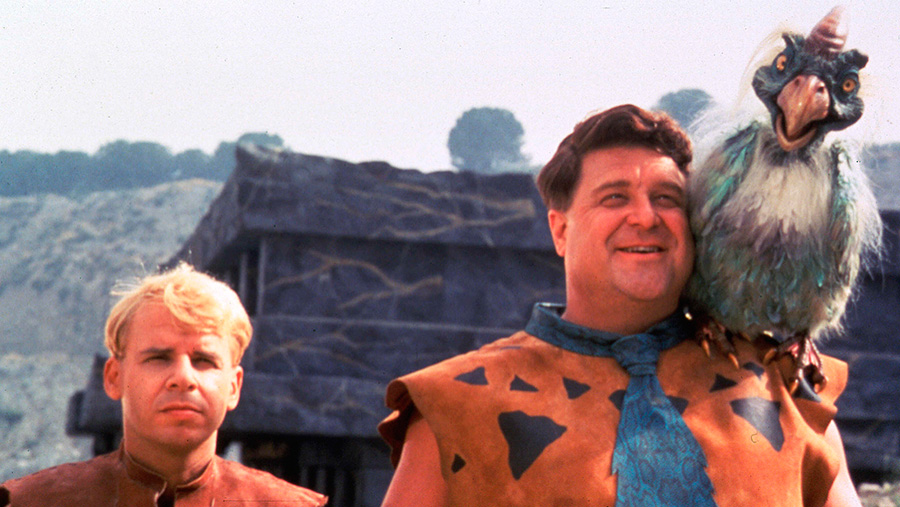 Rick Moranis and John Goodman, the stars of The Flintstones © Amblin Universal/REX/Shutterstock

I recently attended the 25th birthday event for Leaf, the farming charity founded by my friend and fellow columnist David Richardson.

Leaf’s success promoting sustainable agriculture and educating the public is a testament to that early vision from David and Caroline Drummond, Leaf’s chief executive.

It has done more than any other organisation to improve the image of British farmers.

At the event, the BBC presenter Tom Heap proposed Caroline should be given an immediate peerage and made a farming minister: a suggestion I heartily endorse.

The good sense of this view was clear to see when she shared a vision for farming over the next quarter century.

Matthew Naylor is the managing director of Naylor Flowers, a business that grows cut flowers and potatoes for supermarkets.

She believes agriculture should now be focused on public health.

We think carefully about its impact on the natural environment, but not necessarily how it influences the nation’s well-being.

Caroline thinks farmers should think of themselves as part of the health service and this idea should inform our new national agricultural policy.

This is very timely for me.

Each winter the machinery on our farm goes through the workshop to be serviced.

This maintenance programme includes my body; arguably the single most impressive piece of kit on the farm.

By the time you are reading this, I will be detoxing at a health retreat on a vegan diet of vegetable juice with three hours of daily yoga.

OK, so you’ve just spat out your coffee (milk and two sugars) at that heretic declaration.

Most farmers consider a vegan diet and the foregoing of gluten, lactose and processed sugar to be an act of treason.

They are entitled to that view; of course they are.

Personally, I don’t take guidance on physical or mental health from people who de-stress by eating red meat, drinking claret and shooting flying birds out of the sky but we are all different.

I know farmers are expected to have a red face, an angry demeanour and constipation, but personally I would prefer to reach the age of 60 even if it does mean I have to wear some Lycra and mix with the occasional hippy.

Maybe it’s us farmers who are the problem.

We have been so good at increasing production that consumers now have access to more processed meat and factory-made pastry than their bodies can handle.

The average human body in the UK is so disgusting – pasty, bloated and tattooed – that I refuse to visit a built-up area during August.

If Neolithic man wanted to eat some meat, he had to run after it.

The 21st century caveman rides up to the counter of McDonald’s on an obesity scooter to have it presented to him in a convenient easy-to-throw-out-the-car-window paper bag.

This minimal effort singularly fails to reflect the environmental or human cost of the transaction.

Farmers now have an opportunity to redress this. A lot of our healthy food is imported and our unhealthy food home-grown.

Meat, milk, sugar, salt and wheat are so abundant and over-consumed that they are not treated as the luxuries they should be.

An exercise in fitness

Perhaps we should be devoting more lowland to fruit and vegetables and more upland to space for exercising townies.

I know that this is mind-blowing for some readers and you might need to have a lie down once you have cleaned up that coffee.

However, as with “Baroness Drummond’s” earlier premonitions, it could be a vision that you are daft to ignore.