Mercifully, I have never been in intensive care. But those who find themselves in that position are in the best place, probably being given the best treatment that medical science will allow, which in turn gives them the best chance of recovery. 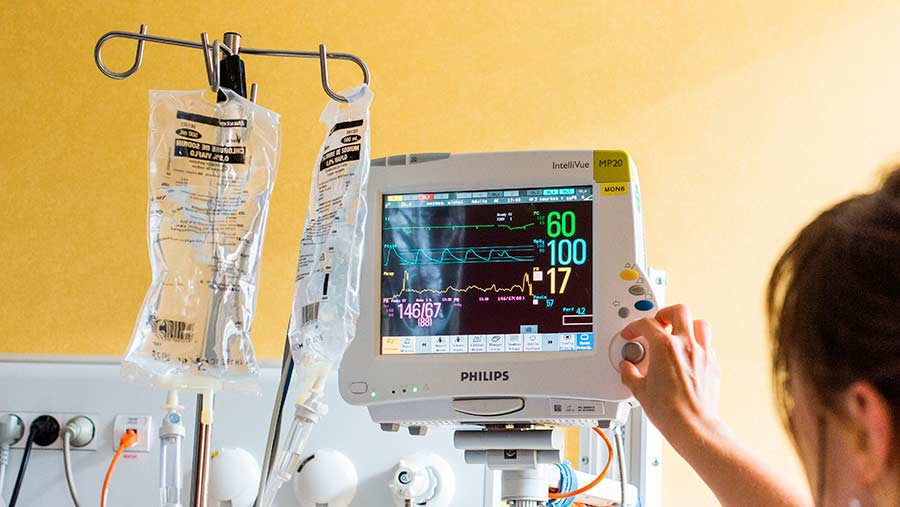 Nowadays the treatment is a good deal more “intensive” than it used to be in, say, the 1950s. Consequently, back then two-thirds of those who had a heart attack died, now more than two-thirds survive.

Compare and contrast the connotations of the word “intensive” when you move from the hospital to the farmyard.

Guy Smith comes from a mixed family farm on the north-east Essex coast. He is  vice-president of the NFU.

Suddenly the word implies a far less desirable regime. Indeed, if you read the media’s take on the recent State of Nature report, there seems no end to the list of ills caused by “intensive” agriculture.

Britain, we are told, has the most degraded landscape in the world and the intensification of agriculture is to blame.

See also: In praise of the free movement of labour

It’s the sort of stuff that makes us spit our cornflakes over our newspapers as we multitask at the breakfast table. And the reason for our angst is simple – we know from our own experiences of working on our farms every day that it’s not true.

Let’s put some facts down. If you measure “agricultural intensification” in terms of the use of inputs such as pesticides and fertilisers, then we have not intensified in the past 25 years, because we are using less, not more.

If you measure intensification by area of crops grown or numbers of stock kept, then again we have not intensified, because the figures show a clear downward trend.

So logically, you cannot attribute biodiversity loss in the past quarter of a century to agricultural intensification, because there hasn’t been any. Clearly there must be other causative factors such as urbanisation or predator pressure.

A key point wantonly overlooked by the conservation lobby here is that the main consequence of this downsizing of British agriculture is that we are importing more and more of our food needs. This, in turn, simply puts pressure on other parts of the world and the wildlife therein.

Rather than adopting a blinkered out-of-sight-out-of-mind attitude, those who advocate rewilding vast tracts of British farmland really need to think through the consequences of what they are suggesting for the world beyond their own parish.

Furthermore, given the pioneering and world-beating attitude of British farmers to fusing conservation with production, you could argue that in the interests of global biodiversity we should be increasing UK food production, not exporting it.

As part of my role as NFU vice-president, I occasionally find myself on the Eurostar train between London and Brussels.

One aspect of this journey that never ceases to impress me is that as you approach the Channel tunnel, you are in the beautiful “garden of England” that is the Kentish countryside.

However, as you emerge into daylight on the other side of the channel you find yourself in a rather grim, featureless landscape best described as “the patio of France”.

It always acts as a reminder to me that British farmers do an impressive job of maintaining a rich farmscape compared with our nearest competitors. It might be intensively managed, but it’s all the better for it.

As we enter a crucial period in our history, I just hope our politicians spend some time on Eurostar trains looking out of the window at the real world, rather than reading about a spun version in the papers.