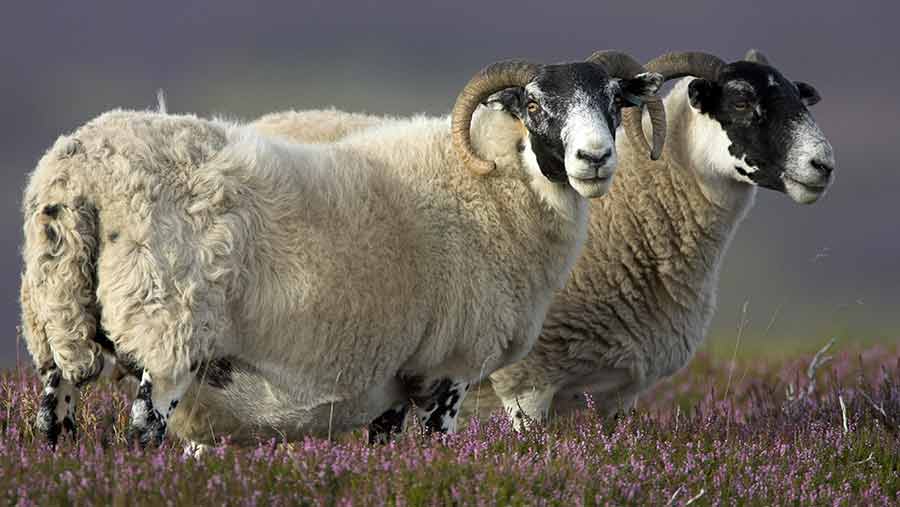 The very first sheep I ever owned were Scottish Blackface ewes. They were ewes that were being cleared off a hill to make way for trees back in 1976.

I can still clearly remember that first batch of ewes. They had lots of wool and they had white markings on their faces that broke up the solid black that is prevalent today.

Nowadays, you rarely see white markings on the faces of Blackface sheep and their wool is half the length by comparison.

Breeders have responded to the demands of the market quite magnificently. The phenomenal rise in the popularity of Mule sheep that has occurred over the last four decades has changed the look of the Blackface breed dramatically.

See also: No thanks to the Beef Efficiency Scheme

Mule breeders wanted a Blackface ewe that was shorter in the fleece with more black hair on their heads and legs to cross with their Bluefaced Leicester rams.

That’s exactly what they got owing to the fact that Mule breeders were willing to pay handsomely for the right type of ewe to breed a first-class Mule lamb.

Regrettably, the other thing that has changed dramatically about the Blackface breed over the same period of time is their temperament.

Now that lambing is over and the wash-up meeting has been held at Airyolland farm, Alfie (my collie dog), Her Outdoors and I have all come to the same conclusion about modern Blackface sheep. The majority of them are completely off their heads. And, it’s getting worse.

The trigger in their brains that sets off their “fight or flight” survival mechanism is set to go off far too easily. When they come into very close proximity to human beings, they can’t cope with the stress and they take flight.

The majority of them are completely off their heads. And, it’s getting worse Neil McQuistin

A fine-looking ewe that has just given birth to a pair of beautiful lambs is no longer an asset if she takes off and leaves them when you have to intervene for any reason.

Time and money starts to slip away when you have to round everyone up and cart them off to a shed to pen them up for some post-natal bonding sessions.

I accept that we are partly to blame for the psychotic state of our sheep. They don’t get the same amount of human contact as they used to. But, we just don’t have the time or spare labour to walk through our sheep any more.

A Honda bike whizzing past, with Her Outdoors crouched over the handlebars and leaning into the corners while Alfie hangs on for dear life is as close as our ewes get to see a human being for much of the year.

There are a great many pure blackface sheep that are being produced in very controlled environments nowadays.

The ewes are impregnated by artificial insemination in a shed and subsequently they will be lambed in a shed.

If a ram is too highly strung to collect his semen for insemination, there are ways to collect the semen, even if he’s too nervous to play the game.

These sheep are, by the very nature of the way they are managed, exposed to a lot of human contact which desensitises their “fight or flight” instinct to a certain degree. And, when they are lambed, they are individually penned until the mothering bond is formed.

Unfortunately, the vast numbers of Mule breeders who buy into the Blackface breed, further down the line, don’t keep their sheep in these same highly controlled environments.

They have a new thing on their shopping list when they go to the market to buy females. They want a placid temperament. They will only buy headbangers once.

Neale McQuistin is an upland sheep and beef farmer in south-west Scotland. In partnership with wife Janet he farms 365ha, much of which is under stewardship for wildlife