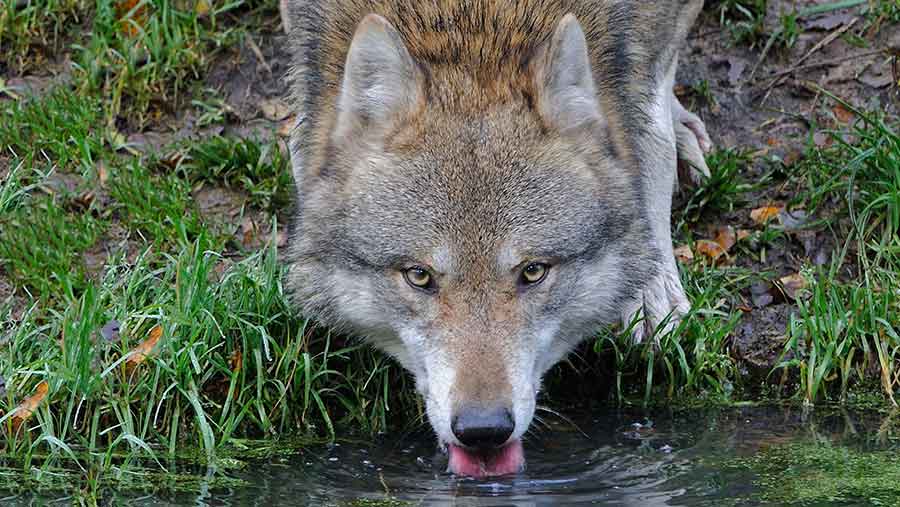 My Christmas reading this year was The Last Wolf by Robert Winder. It’s a fascinating book where the author seeks to define “Englishness” by reference to key moments in our nation’s history.

Interestingly, rather than going for events such as the Battle of Hastings in 1066, or Waterloo in 1815, he concentrates on 1290, when the last wolf in England was hunted down and killed in the Forest of Dean.

The hero, to be ranked alongside Wellington, Nelson and Churchill, was a Shropshire knight called Peter Corbett who had been commissioned by King Edward 1 in 1281 to rid his kingdom of wolves. With the task complete by 1290, from that point, Mr Winder argues, England became a great productive and trading nation based largely on wool.

With no predatory wolves, our green and pleasant land became an ovine paradise that coloured not just the economy and the landscape, but also the culture – for instance, Mr Winder points out, it allowed the invention of cricket, a game first played by shepherds on well-grazed pastures.

Robert Winder’s history is very pertinent to today, when some fundamental questions are being asked about what our countryside is for and what role the farmer should play within it. Indeed, there are some arguing strongly that now is the time to undo eight hundred years of history by bringing back predators such as wolf and lynx.

One can only wonder what the reaction of Peter Corbett might be to the arguments of the rewilders that his work should be reversed on the grounds that these predators serve some sort of useful purpose. You can almost hear the clanking of armour as he turns in his grave.

The vision of the rewilders is not of a productive farmscape, but a move to some sort of semi-wild theme park to be enjoyed by the urban masses, while we downsize our agriculture, thereby importing more of our food from elsewhere. And the irony here is that these increased imports could come from places where wild habitat is being destroyed.

The concern is that the rewilding ethos, as a political sentiment, is increasingly finding root in government circles where agricultural policy is in danger of becoming subsumed by an environmental policy.

The palace of Westminster is no longer occupied by kings such as Edward 1, who wanted to enrich his domain to be as agriculturally productive as possible. As farmers what we desperately need now is a return to some wise rule that recognises that the production of food from our own resources, grown to high standards, is a public good.

Of course, in our increasingly crowded island, our countryside will always have to multi-task, partly as a factory floor for farming, partly as a habitat for wildlife and partly as a recreation area for the masses.

The question is, where should the balance lie? In many instances these three different functions can co-exist quite happily. But elsewhere there are incompatibilities. The reintroduction of top predators into sheep country would be one such example.

So I’ll leave you with a toast to Peter Corbett and Edward 1; wolf slayers, sheep protectors, fathers of all things quintessentially English. Where are our knight protectors today?