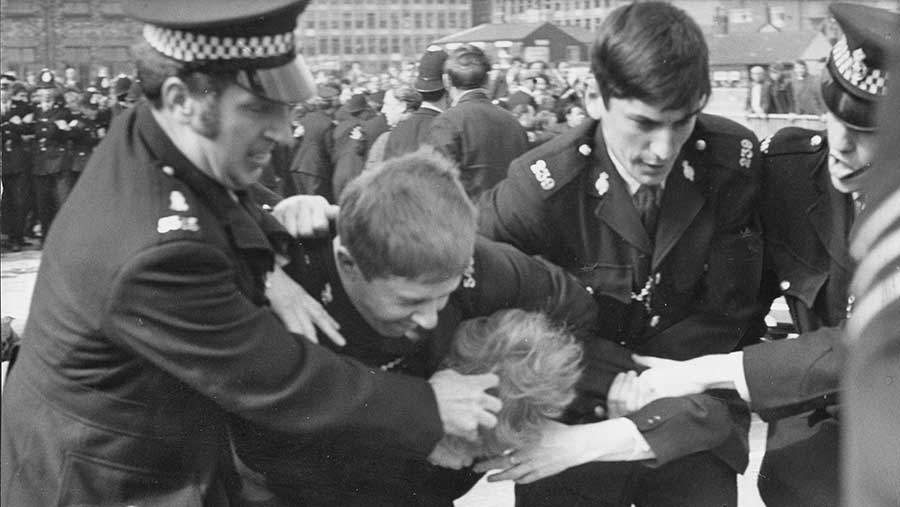 Since this piece is due for publication on the morning after the general election, I was going to start by congratulating Mrs May on her victory.

However, as I write the polls are in mid-wobble, with the Tory lead down from 22% to 6% with one pollster during the course of the campaign.

And we have learned in recent years, funny things do happen – for example, Trump, Brexit, Leicester City.

Overall, the whole campaign has had a back-to-the-1970s feel to it, with the Conservatives hinting at a reversion to the pre-Thatcher era, a Labour leader who has never moved on from those times anyway and the smaller parties being an irrelevance.

This compounds our impending Brexit from the EU, which the UK joined in 1973.

I was a child in the 1970s. I remember those times well and I don’t know why anyone would want to go back to them. Life is infinitely better now for most people.

In those days at school, everybody got chicken pox, mumps and measles and not just because their right-on parents had trendily refused to have them inoculated.

There was widespread use of corporal punishment in schools, including my own infants’ school. It was humiliating, cruel, ineffectual and provided cover for people who liked to hurt children.

I remember a boy who seemed to get the cane every week and, looking back, I think he probably had behavioural problems which were simply not recognised at the time.

Other kids were written off as stupid when they later turned out to have undiagnosed dyslexia. I also know people who still feel bitter about how they were treated after failing the 11-plus.

TV was, on the whole, dire, with a few notable exceptions. There were only three channels and actually we only had a set capable of receiving two of them, in black and white, for half of the decade. It all used to end with the national anthem sometime before midnight – brought forward to 10.30 during the three-day week.

Apart from Sunday roasts, food was terrible and dull, featuring lots of horrible tinned stuff and no herbs. Even the joy of the Sunday roast had diminished by day four. Salad comprised round lettuce, cucumber and tomatoes Elizabeth Elder

Yes, the three-day week  – a time of strikes, power cuts and shortages. I remember the sugar shortage when my parents gave up sugar in their tea, but there seemed to be spates of rumours of shortages and panic buying.

The cars were dreadful and constantly broke down – especially ours – because they were always made by British Leyland.

The buses to and from school used to break down quite often too and because there were no mobile phones there was no means of letting anyone know.

Everybody smoked everywhere – on planes, buses, trains, the tube, at work and at home.

Apart from Sunday roasts, food was terrible and dull, featuring lots of horrible tinned stuff and no herbs. Even the joy of the Sunday roast had diminished by day four. Salad comprised round lettuce, cucumber and tomatoes.

My family farmed on the edge of a pit village – it had a great community spirit I’m sure, but also outside loos, heating by coal fire only, no bathrooms for much of the period and men prone to chronic lung problems due to their working conditions. The pensioners were seriously hard up and few seemed to enjoy long healthy retirements.

Meanwhile, the Brexit clock is ticking and perhaps someone should start the negotiations.

It was curious that Brexit hardly seems to have been discussed at all in the election campaign when the nature of the deal or no-deal is really the key issue of the era.