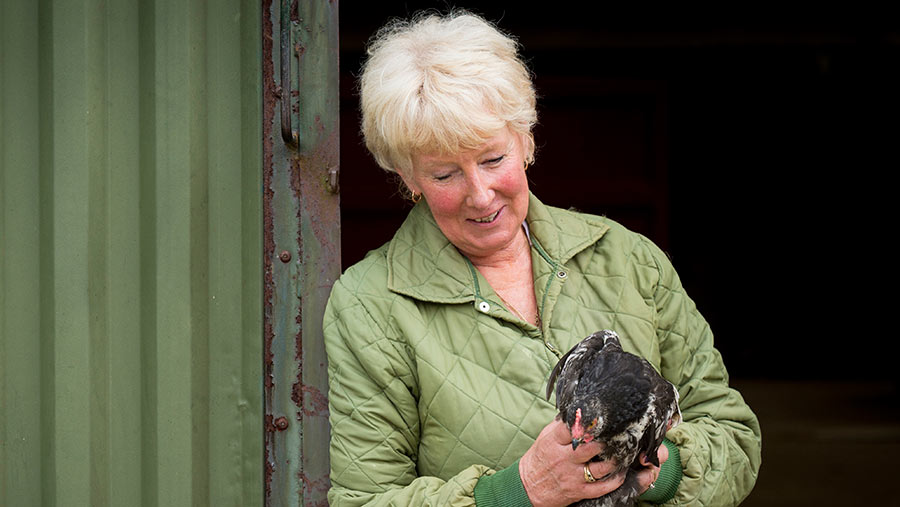 Polishing the top of a cabinet in the end sitting room, a piece of paper, which turned out to be a bill from a taxidermist, fell out from the back and fluttered down to the carpet.

Dated 1997, I realised with a shock I probably hadn’t given the cabinet a thorough clean for nearly 20 years.

A record even by my housekeeping standards.

Encased in the cabinet is a sea trout.

Not just any old sea trout, but a fine specimen which allegedly fell prey to a Black Pennell on Loch Dionard in Sutherland.

Although we still go to Loch Dionard, we no longer bring any sea trout or salmon home.

The practice is now to return all fish to preserve stocks.

But, as back then we greedily ate most of the fish caught, leaving John nothing to gloat over other than a rainswept photo, John decided to have the particularly fine specimen now in the cabinet, stuffed and mounted in a case.

It came home wrapped in newspapers with warning signs posted on the packet of “do not cook” and “hands off you can’t have it”. Or something similar. Plus a fen trap if I recall correctly.

We duly asked around for a specialist taxidermist and were given the name of where to go.

So a few phone calls later saw John chugging off in the Land Rover, frozen fish wrapped in newspapers, incarcerated in a freezer bag and safe from my clutches and the poaching pan.

Several hours after, he returned, excitedly chatting about bow fronted display cases, fronds of river weed and scatterings of white pebbles that he had gathered from the shore of the loch.

Four months passed and by now John had cleared a painting or two off the wall and planned exactly where the fish case was to go.

Not where I wanted it, but that didn’t matter. Never does, I find.

And although the ambience of the sitting room may well have been threatened by a glassy-eyed Piscean trophy, I decided then it would do no more harm than the several sets of bony antlers already on display.

With no communication from the taxidermist John asked me to phone and check how near the fish and case were from completion.

All I got was an answerphone message. Tried his mobile. Again, no reply. Where had the stuffer of ex-fishes gone? Or where might he be going if he didn’t answer soon. The same way as the fish was my guess from John’s edgy and terse comments.

Eventually after a week of messages and no replies we got through to the man himself.

He could not remember a thing about the fish it turned out. John was distraught. I was jubilant. The man should have been worried.

Then came the apologetic phone call. He had searched his freezer and found a sea trout that matched up to the date John had taken it to him, and yes, he was certain it was the missing fish.

He planned to start work immediately casting and skinning the sea trout and send an order into the cabinet maker for a suitably grandiose case for this fine specimen.

But I thought this was a fishy dish indeed. How did we know it was John’s sea trout? What was to stop this man nipping down to his local supermarket and buying a farmed Scottish salmon.

For, to my eyes, a salmon looks much the same as a sea trout, and I can remember thinking dark thoughts that it would probably only be identifiable by the cooking instructions left accidentally in the case after the taxidermist had finished mounting the fish. John thought I was sceptic.

But I had only just finished reading John Macnab by John Buchan.

In the book, for one of his dares, a character has to poach a salmon with a fly between certain hours and return the fish undetected to the owner of the beat.

I recall thinking a fishmonger could have saved him a lot of trouble.

And is probably what I would have done if I had been the taxidermist with a fish to find.

But tearing myself away from the rigours of housekeeping and piscine memories, I set off to complete my next task. Mucking out the poultry. John has finally flipped about hens, cockerels and chicks trailing all over the farm buildings and scratting away on the last heap of corn from harvest to be sold.

He has made them a large run, sited their hut at the edge of it and incarcerated all my poultry in a high-security hen prison.

They hate it. Instead of their normal happy scratting on hay and straw bales, daring raids on the corn heaps and getting boozy and woozy on fallen apples, they now mooch forlornly about the run.

But there is a pay-off. I am actually getting eggs. And they are all laying in one place.

Certainly takes all the fun out of egg collecting.

Rather like fishing, or stalking, or shooting, it’s that uncertainty of actually striking lucky that gives it the edge.

Bobbi’s experiences and observations have been collated into Hen’s, Hooves, Woolies and Wellies – the Diary of a Farmer’s Wife.

Billed as a “wry, comical and realistic” look at life on an East Yorkshire farm, it’s illustrated with 24 sketches by Jacqueline Sinclair.

It charts Bobbi’s experiences with friends, family, dogs, hens, guinea fowl and uncooperative livestock, making it a dry and witty insight into the good and bad days everyone will be familiar with on a family farm.

Order the paperback book for £14.95 at www.oldpond.com