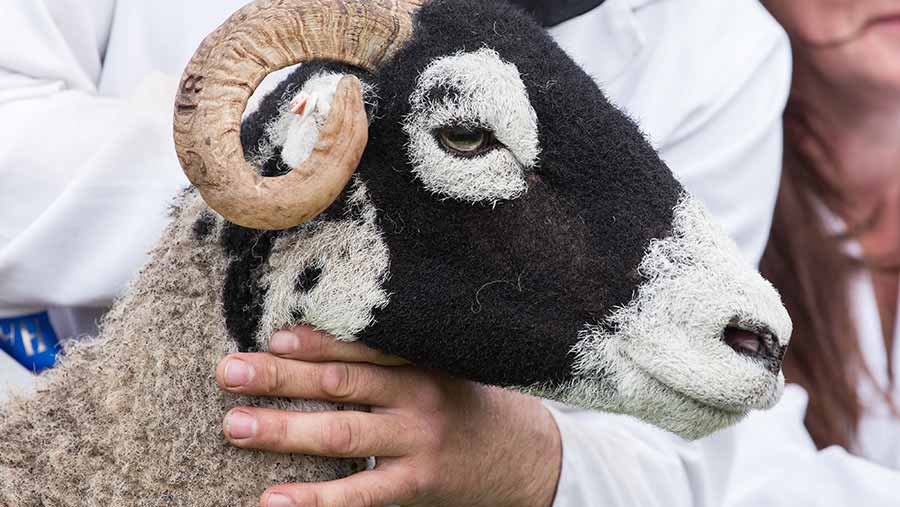 The end to the north Northumbrian summer – both weeks of it – is traditionally marked by the Glendale Show at Wooler on August Bank Holiday Monday. This year, the show marked its 125th anniversary, going stronger than ever with record visitor numbers.

As usual, Jake was responsible for pouring drinks for the judges and sponsors, from which he often gets a good insight into the current thinking of livestock farmers. The judges come from far and wide, and are experts in a range of breeds.

I can reveal that this year’s key insight is that the livestock judges all seemed to have a shared devotion to one particular TV programme – no, not Countryfile… Bargain Hunt.

This is partly popular because it is on at lunchtime and the main competition is Loose Women. However, it also has a deep appeal to those who spend a great deal of time at auction marts because it offers them an enjoyable opportunity to critically appraise

b) The auctioneer (for being too smug, not putting much effort in, not starting at the right price and not marketing the lot more enthusiastically)

c) The auction house (for not having enough serious buyers, with the attendees mainly comprising a few pensioners on a day out)

So really, it is just like a day at the mart except in the comfort of your own home, where your views can be expressed loudly without fear of contradiction and with no skin in the game.

At the show, the livestock competitions are one of the main features and the parade of livestock champions is always a highlight of the main ring programme.

This year the commentator attempted to build up the tension for the judging of the champion of champions by stating that the judge “could go for a surprise here”. This is code for saying that anything other than the sheep champion or the cattle champion winning would be a surprise – and isn’t going to happen.

Sure enough, the judge awarded the rosette to the cattle champion, much to the disappointment of the non-professional onlookers, who appeared to be rooting for the miniature donkey.

This year’s other main ring attractions were not really my thing. Since I have been accompanying my son as he learned to drive, I seem to have lost my appetite for people driving wildly round in circles in small cars, narrowly avoiding other vehicles and attempting parallel parking from seemingly impossible angles.

Similarly, the birds of prey display is probably more of a thing of wonder for those who don’t get to see a surfeit of buzzards on a daily basis at home.

Yet, the success of the show is based on providing something for everyone and it continues to do that, attracting visitors from all over the county.

Perhaps the best part of the day is at the end, a bit like the end of a party when only the closest friends are left, when you sit in the “Members” in the late afternoon sunshine, catching up with a lot of people who you only seem to see once a year, at the show.

Glendale Show has been providing a great promotional platform, entertainment and social event for this rural community for 125 years. Long may it continue.