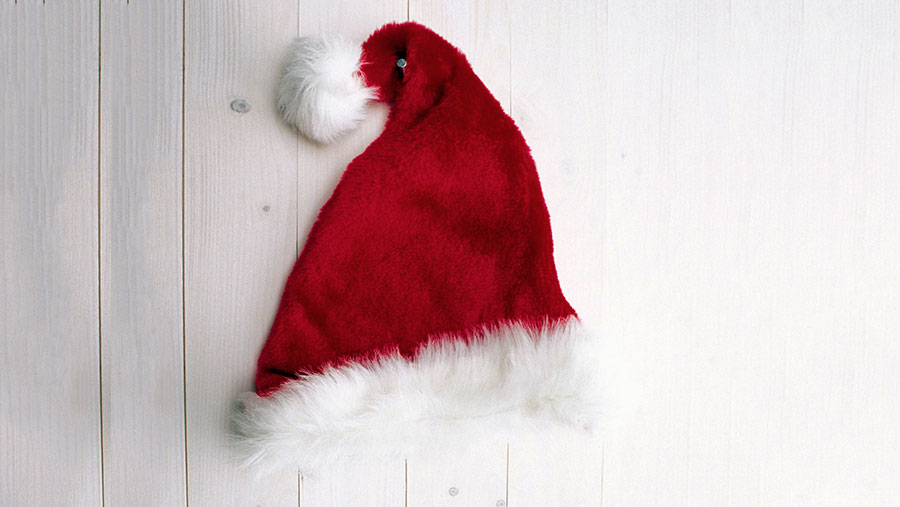 I don’t want a lot for Christmas.

There is just one thing I need.

I don’t care about the presents, underneath the Christmas tree.

All I want for Christmas is…an economically, scientifically and practically literate policy framework outlining a sustainable direction of travel for UK agriculture post-CAP which recognises and supports the essential role British farmers play in producing food for our population of 65 million.

You recently declared your support for “further restrictions” on neonic use “justified by the growing weight of scientific evidence [that] they are harmful to bees and other pollinators”.

The report you referred to, by the UK Expert Committee on Pesticides, admits to “a complex picture” regarding pollinator health and neonic-treated OSR.

While it finds certain data “statistically significant” (so it probably isn’t random chance, but is barely perceptible), it admits that “pollinator health is dependent on a wide range of other environmental factors”.

But let us set OSR aside. Given that you intend to be “led by the science in this matter”, I wonder how you justify a unilateral ban on all outdoor use of neonics? As cereal seed dressings, they provide an invaluable environmental service by giving crops eight weeks of targeted protection from pests.

Without it, my 50ha of winter barley would have needed four passes of non-targeted pyrethroid insecticide applied as a foliar spray; that’s 300 litres of diesel burned, 20,000 litres of water expended and innumerable beneficial insects killed.

Expand that figure nationally to a winter barley crop of 370,000ha – all of which is wind pollinated. The ECP report gives no scientific justification whatsoever on which to enact a ban on neonicotinoid cereal seed dressings.

As secretary of state, you must appreciate the damage your intemperate language can cause; do you honestly believe farmers “drench” their fields with unnecessary chemicals? That we let our vital topsoil blow away?

The disconnect between your words on science and action on neonics undermines business confidence. Your recent pledge to “look at the science together” with single-issue extremist Brian May on bovine TB looks ominous for the livestock industry in that light.

No doubt a repeat of the warm hug of the ill-informed Twitterati which you received after your neonics announcement would result from a baseless about-turn on bovine TB policy, and must be alluring. But I would urge you to resist. Please don’t leave UK agriculture as a broken rung on your climb back to the top.

But I hope, at this time of festive cheer, you don’t feel I’m being unseasonably uncharitable. Since you arrived at Defra, you’ve done some excellent work such as enforcing CCTV installation in slaughterhouses and reinforcing animal cruelty legislation.

Yet, as a food producer, I’m very concerned by your direction of travel. Instead of the “British Agricultural Policy” promised by the Leave campaign in 2016 – less bureaucracy, support payments “maintained or increased”, British food for British plates – we’ve been presented with your “Green Brexit” – an additional regulator, declining support linked entirely to environmentalism, and the widespread declaration of government ministers that Brexit presents a great opportunity for cheaper, low-quality food imports. Business investment is suitably chilled.

So, Mr Gove, have yourself a merry little Christmas, but please, for 2018, have a resolution to appreciate the value of quality, home-produced food, follow the empirical evidence to its genuine conclusions, and don’t base policy on environmental faddism in a quest for popularity.

Fashions change, but people will always need to eat.