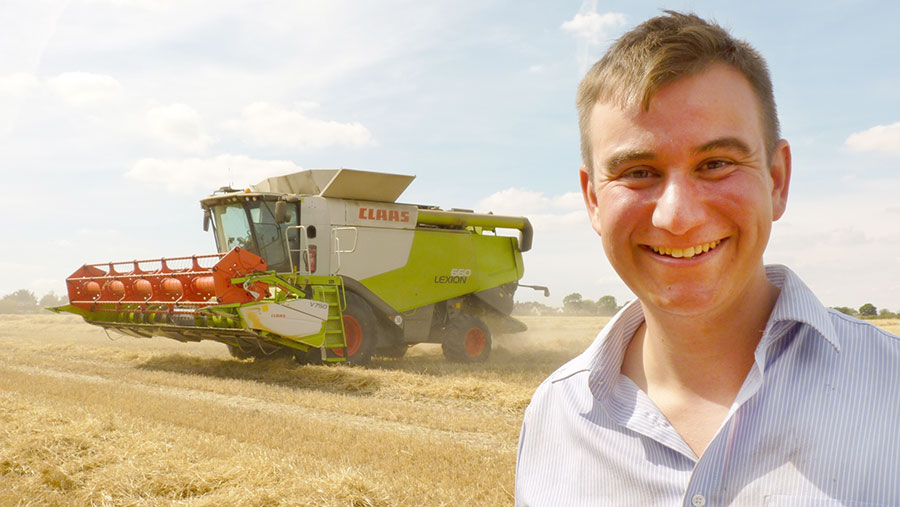 Boris Johnson’s inaugural prime ministerial speech last summer reignited the GM debate among farmers, with disease resistance, insect resistance and drought tolerance all cited. I don’t believe any of this is necessary.

Science in the mid-20th century told farmers to use a fantastic array of artificial inputs. Yet we now have a wealth of agronomic issues stemming from the scientifically based “green revolution”.

Yes, we did produce more calories from the land, in a simpler, systemic way. But we now need to consume twice the calories we did 60 years ago for the same nutritional content.

This science-based revolution led to fields growing in size, with hedgerows being ripped out – the complete desertification of the British countryside.

But this systems approach to agriculture is now broken. Fungicides are being revoked for issues related to human health; herbicides barely function; insecticides don’t work on target species (but do a cracking job on beneficials).

In order to maintain this simple, minimal-labour approach to farming, some say the answer is GM. That will create resistance to disease and pests, plus better natural scavenging for fertility. Sorted!

Actually, what GM is doing is trying to fix a bad approach to agriculture that governments all around the world have encouraged since the end of the Second World War. Rather than understanding what we are doing wrong, we are trying to enable an unecological farming model to persist.

We are constantly told that we must feed the world – another myth governments are happy to spin. There is a direct correlation between civil unrest and food price, so unsurprisingly, politicians want to keep the food price down, achieved by subsidised oversupply.

I have a different vision of what farming should look like.

We all know that we need to plant more trees, so I suggest agroforestry, with tree lanes providing food, fibre and a beautiful habitat for ecology to flourish. The tree lanes mitigate airborne disease, as well as harbouring numerous beneficials.

And what about the re-incorporation of livestock? Mixed farming is pretty spectacular for ecology on farms, when done correctly, and adds back that layer of fertility.

This approach to farming requires vigilance – perhaps a smaller farm, with more people working it.

But am I being naïve here? Perhaps we don’t want more people on the land, understanding the value of food and where it comes from.

Perhaps it is better for farmers if the public think food comes from the supermarket, better that it requires only one man per 2,000ha to farm. GM enables this. GM is the answer.

Except it isn’t. So many societal and cultural problems exist due to our disconnect with food, and GM will exacerbate this.

What about GM to help address drought and heat tolerance? I agree this could be useful, although still unnecessary.

Trees and cover crops can mitigate climatic extremes, but if this isn’t enough, perhaps we could change our diet?

We should be eating food that the land around us is capable of producing, not just what we want to grow.

The hidden side effects of GM are unknown. I am concerned that some of the issues won’t be realised for 50 to 100 years.

But I can say with certainly that GM won’t ever be grown on my farm.  I implore farmers to think outside the box and use the one tool that always has your back and never charges for its services – nature.