An insistent bleating permeates the airwaves by the back door.

I have finished the last of the milk replacement powder for our three pet lambs and they are not impressed. As an added distraction, the three of them are also attempting to strangle themselves. Talk about attention seeking.

Outside the window where I work there is a wire fence. On one side is a wilderness of grass and weeds and, on the other, the paddock where the pet lambs and some of the triplet are grazing. 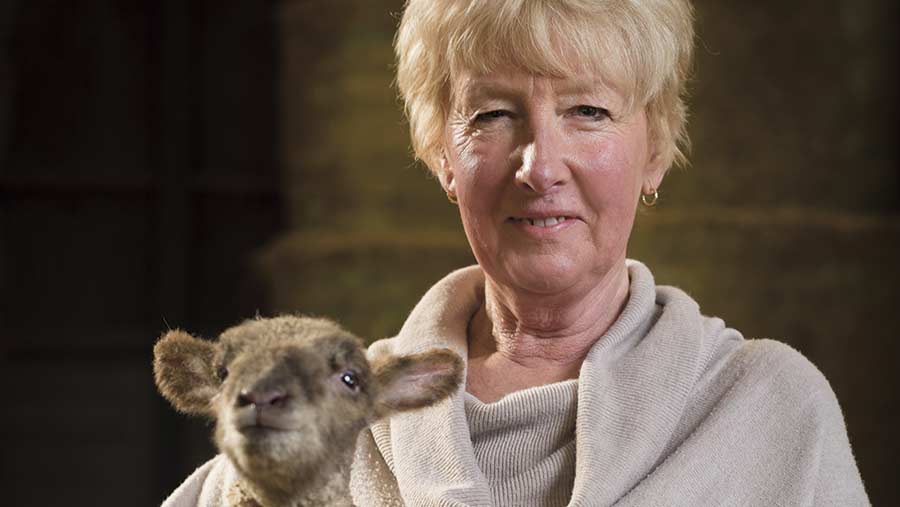 As a result the ungrazed grass is lush and, where the lambs are, closely cropped. The lambs hanker after the long grass. To reach it, they appear to relish the risk of strangling themselves through the wire fence and are undeterred by the near-garrotting they suffer for every mouthful.

See also: From sheep dips and stockings to slowing down and Sanatogen

They also know, I am sure, that I can’t continue typing while a lamb appears to be choking. But when I dash out to them, they miraculously release themselves and start bleating at me again for a bottle feed. Fooled again.

It does seem to be a pattern that I am being persistently outwitted by livestock.

Even young chicks sneakily wend their way to my troughs of plants around the yard in a commando-style attack. None of them make a direct frontal assault, but instead I suddenly see an abrupt wobble of a flower head, swiftly followed by its disappearance down the beak of a pullet.

If they gain confidence and think they really have a chance to create undisturbed havoc, plants fly in all directions as they scrat though the potting compost for a realty good grip on a petunia.

But for a really tactical attack, my chicks must defer to the military precision of a group of ornamental ducks belonging to a friend who bought a house with a swimming pool.

John said: “You’re the only person I know who can get covered in poop and still come up smelling of roses”
Bobbi Mothersdale

My friend was planning that these ducks would actually live on a purpose-dug pond, artfully landscaped into the mature garden already growing behind the house. Until then she thought, the ducks would be very satisfied with a large paddling pool.

Not so. The ducks had spotted the swimming pool. A much better option as far as they were concerned.

“Help,” the phone call went. “Can you come and give us a hand getting the ducks out of the swimming pool?”

Not immediately we couldn’t. The chief problem being that the duck’s ability to take a dive underwater and then pop up at the opposite end of the pool to the one you thought you had cornered them in.

Both of us were armed with landing net, but as soon as one of us netted a duck, it down-periscoped and surfaced with an indignant quack in the deep end.

We retired defeated and the outcome was that our friend decided to empty the pool, paint the inside black and let the ducks have it.

“Too cold to swim in anyway,” she said. And not very hygienic, I would have thought with all the ducks swimming around in it.

Which reminds me of the time we hosted a visit to the farm by my daughter Jo’s class when she was at primary school.

After all the necessary risk assessments and health and safety checks, Jo’s class tipped up at the farm.

They had already had another day with us when they had walked the fields to discover the ancient remains of pop bottles and baler band bits, but today was very exciting. A pond visit.

The class were entranced by the ducks and ducklings, Mrs Goose and her goslings, moorhen families and the sheep and lambs in the field bordering the pond. Rural and pastoral heaven.

Between us, the teacher and support assistants and one or two other volunteer mums, we made sure none of the children strayed too close to the pond edge.

But to enhance learning (I’m told) the children had brought along some small wooden boats they had made in class and, under close supervision, the flotilla was launched across the water.

Prior to the visit, John had erected a temporary fence of stack bars where he felt that the children might be tempted to crowd close to the water. Risk assessments, you see. All good stuff.

The ducks had obviously decided this would make a lovely place to perch and observe their surroundings.

I lifted up a little girl so that she could watch her boat’s progress from over the top of the bars and inadvertently leaned against them.

As a result, I was smeared, very fetchingly, with duck excrement and had to effect a rapid withdrawal home to get changed before the return to school.

Later in the week I went back to the school for the awards assembly that they held each Friday to mark special achievements.

Among the celebrations for “good work” came a special certificate, awarded to one of the school volunteer helpers for their unusual contribution to the geography, science and design technology curriculum.

My certificate became one of Jo’s proudest possessions. I am the vainglorious holder of the school’s meritorious – and one and only – Ducky Poo award.

As John says (more bluntly than this, admittedly): “You’re the only person I know who can get covered in poop and still come up smelling of roses.”