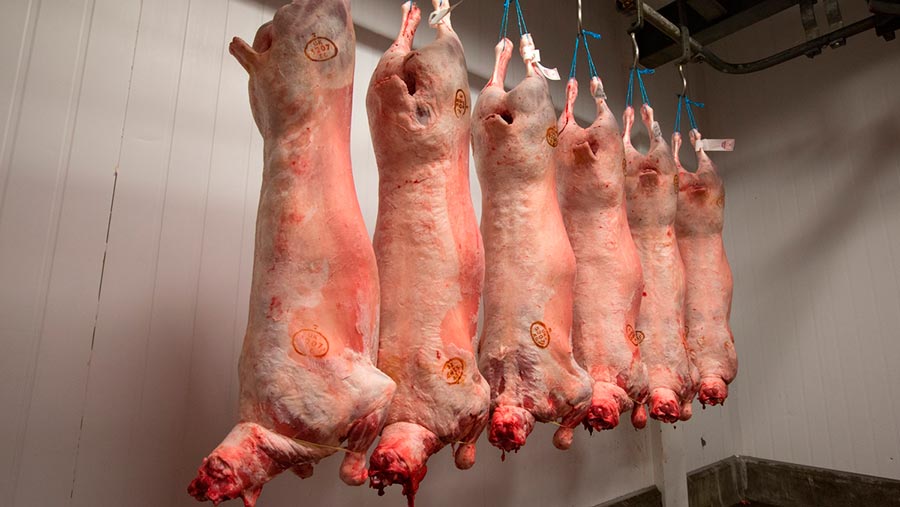 I was recently approached to see if I would put forward a ram to be included in the RamCompare project run by Signet, a national genetic evaluation service for cattle and sheep.

However, when I read up on it, I discovered that two new EBVs are to be produced using the data from the project. These will be for “days to slaughter” and “carcass weight”. That’s the moment when I lost interest.

It has already been proven in trials that terminal sires within a breed that have poorer conformation produce heavier carcasses in fewer days.

Carcass weight is an absolutely useless statistic in this day and age, unless you also record the carcass quality or its value.

Along with poorer conformation comes a poorer killing-out percentage. I have no desire to increase the weight of the head, legs, bones, innards and other delicacies that get trimmed off a carcass.

If a sheep is bred to put on weight very quickly, then it simply must produce a stronger/heavier skeleton to carry its own weight. And it must also have a larger factory (guts) capable of taking in more food in order to produce the rapid growth and the heavier skeleton.

It’s a rule that you can’t escape when you are breeding sheep. But, there is nothing but inefficiency and waste in that whole scenario.

Skeletons don’t come out of cupboards and guts are not produced from fresh air. They are produced from the food (milk/grass/grain) that the farmer gives a lamb to eat. The faster the lamb is designed to grow, the more food it will convert into bones and guts.

The Suffolk is widely regarded as being the king when it comes to growth rates. For producing early-season lamb, it just cannot be beaten.

However, it is slowly being edged out of the market by other breeds of sheep that can’t hold a candle to it when it comes to growth rates.

The market is rarely ever wrong when it comes to these things. Suffolk breeders responded to market indicators 30 years ago and went for growth in a big way and now the market is sending the breed a new message.

It will be the Suffolk breeders who kept a bit of shape in their sheep that will turn the breed’s fortunes around again.

Improving efficiency and profitability in prime lamb production needs to be focused on producing more of what farmers get paid for and more of what butchers can sell over the counter. At the same time, we should be trying to produce less of anything that goes into a skip behind an abattoir.

The lamb that weighed 45kg at slaughter has consumed far more food; it has produced a poorer carcass and it has produced 5kg of extra bones and other goo that the farmer does not get paid for.

That same poor outcome will also be replicated by the butcher who buys the carcass of the fast-growing lamb. The carcass will contain more bone that will end up being thrown to a dog or shovelled into a skip.

Since the introduction of CT scanning for sheep, the potential has been there to select sires within a breed that have outstanding killing-out percentages. As this trait seems to be highly heritable, I can’t begin to imagine why there is still any interest in days to slaughter and the weight of a carcass.