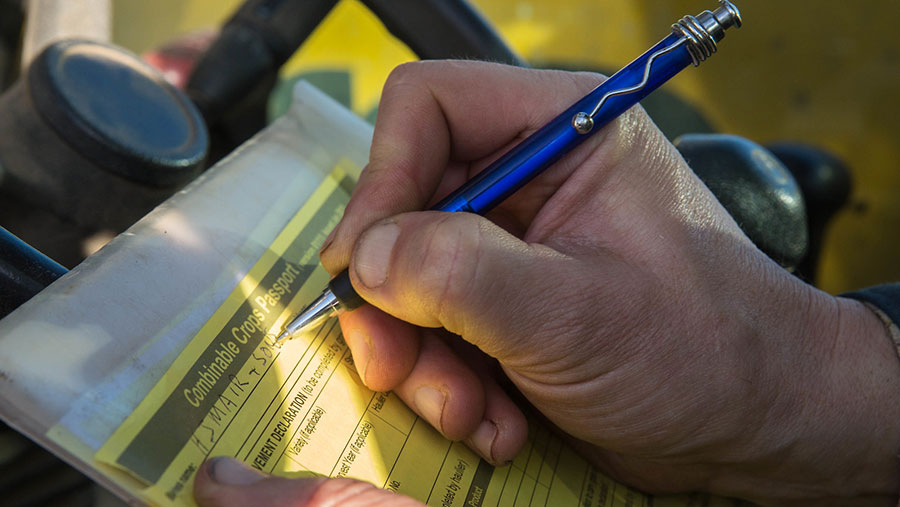 I have been casting my eyes over our harvest records from half a century ago. It was the year I was born and everything seemed a bit more straightforward back then.

The summary of the 1969 wheat harvest took up two small pages in an A5 notebook. My father was an excellent documenter of detail. Nothing too complicated.

He, I can only assume from the depths of our archive, learned this discipline from his father, who it is evident was taught by his father and so on. Our records go back more than five generations.

However, the wheels started to fall off when I took over the reins. Nearly 200 years of harvest start dates, wages and cropping details – recorded in immaculately handwritten leather-bound journals – were to be confined to the “how we used to do it” scrapheap.

That was 20 years ago, when I returned to the farm from behind my trading desk in the City. Full of vim and vigour. We needed more data. Computer technology was going to make our office paperless and our lives infinitely simpler.

How wrong I was. My records are way too complicated. Chaotic. Inconsistent in their layout. And about as accessible as the RPA helpline.

Heaven forbid, if in a few generations time, my great grandchildren delve into the Pigott farming archives. History will not reflect politely on my arrival into the business.

Thankfully the amazing Vanessa joined our team nearly a decade ago and started unravelling my cat’s cradle of spreadsheets and software. Normal service has resumed.

Back to the journal. First, I needed a translator to put the units of weights and money into something I understood. I found an app.

Harvest started on 10 August 1969, a little over a week after I had joined the world.

Curiously, in that week my mother’s familiar handwriting had completed the ledger. It was the only occasion that this happened in five years. Was there a matriarchal significance I pondered? Was she making a point? Although a son had arrived, women in the Pigott home still held the whip hand.

Harvest finished exactly a month after it began. The weather had been kind. My father grew four crops that year; wheat, barley, oats and beans.

Historic comparisons allowing for indexation can be misleading. So I opted to use the value of wheat as a yardstick. Besides, it is more farmer-friendly.

The average weekly harvest wage (including overtime) in 1969 was equal to a tonne of wheat.

That looked very cheap, but nothing prepared me for the cost of blackgrass control per hectare – just 2% of that same tonne of wheat. Our wheat gross margin per hectare in that year was analogous to five tonnes of wheat.

In summary, set against the value of wheat, over 50 years yields have doubled, wages have gone up six-fold and blackgrass control 50-fold. Ouch. And gross margins have stayed the same.

Of course, a written journal may not tell the whole story. It doesn’t pinpoint yield drop or weed infestations. No cross compliance or farm assurance either.

Beyond the nostalgia of musty old books, I yearn for a return to such simplicity. To flick pages to compare yield, prices, dates and inputs across 14 harvests in one small A5 book and avoid computer logins and passwords. Bliss.

Of course, 1969 was before we joined the European Economic Community. Perhaps we have this to look forward to…