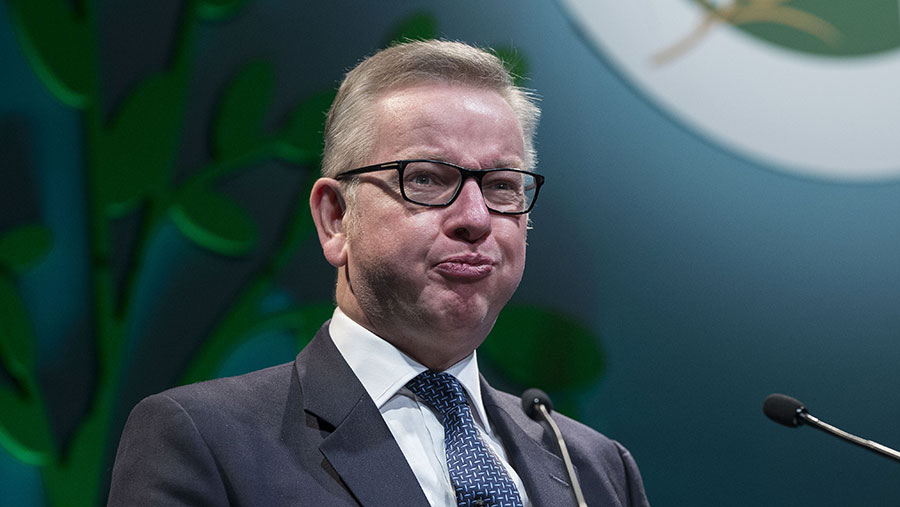 A lot of farmers will now be thinking what a lot of fuss over nothing that turned out to be. I refer, of course, to Defra secretary Michael Gove’s post-Brexit plans for farming.

Before his recent speech to the Oxford Farming Conference we had understood farmers were going to be stripped of all their EU subsidies and the British countryside turned into one giant nature reserve.

To the great excitement of some environmentalists, the few farmers that might survive Mr Gove’s vision of a post Brexit, free-trading Britain would be encouraged to concentrate on improving soil health through composting, rather than producing much food.

During the speech we learned that in England (the Defra secretary appears to have finally conceded he does not have the right to make farm policy beyond England), the BPS would remain in place until at least 2024.

As the implications of this sink in, a collective sigh of relief can be heard from farmhouse kitchens and tractor cabs across most of the English countryside.

I say “most” because there remains one small group of farmers who have cause to remain anxious about Mr Gove’s subsidy cutting plans – namely the few thousand English farms that claim a BPS of more than, say, £100,000/year.

While the exact threshold has yet to be decided, Mr Gove says that, from as early as 2020, he still intends to introduce a cap on BPS payments.

This will either be at an absolute level, or in the form of a sliding scale, hitting the biggest payments first and hardest.

Mr Gove says his proposed cap will be subject to “industry consultation”. And, as that process begins, I suspect he will find himself on a very steep learning curve.

In the early days of his appointment as Defra secretary, Mr Gove found it easy to reply with a simple “Yes” to Andrew Marr’s question about whether he intended to stop paying large landowners huge annual farm subsidies.

But actually doing so, in a fair manner, will turn out to be much more complicated than he could ever have imagined.

This is because, as we all know, the amount of money a farmer receives in BPS payments is no measure of either their income or their wealth.

A 1,000ha tenant might be in receipt of a very large BPS payment, but most or all of that money is likely to be paid to a landlord in rent, leaving the farmer with very little net income and very little net worth.

Conversely, a 400ha farm, wholly owner occupied, with no borrowings and a net worth of about £10m, might now be able to continue to claim up to £100,000 in BPS payments until 2024, with no deductions whatsoever.

And what if a very large BPS payment is shared by a family farming partnership involving three adult children and their spouses, with maybe both parents working full time on the farm? Should that payment be split eight ways before it is subject to Mr Gove’s proposed deductions?

At the very least, it is to be hoped those farmers affected by any BPS cap or sliding scale reductions will be given adequate time to either renegotiate the rent on any tenanted land, quit their tenancies altogether, address their commitment to large scale borrowings, or even re-structure their family partnerships to minimise the impact.

For, as we all know, whatever the scale of a farm business, it is only the receipt of the BPS that provides a farmer with a living.