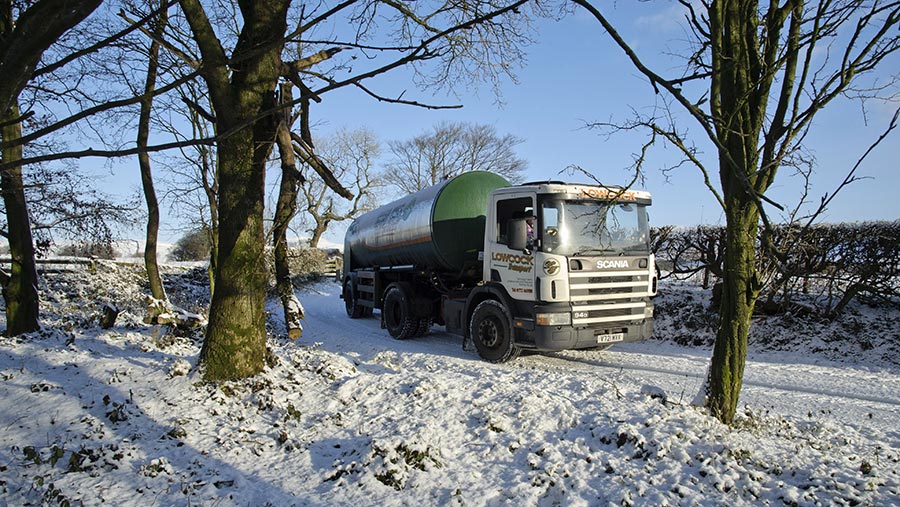 What a way to start the spring. Thank goodness we aren’t trying to rear our calves in marquees this time round.

I hope that by the time you read this the horrors of the “Beast from the East” will be a distant memory. But for many dairy farmers, further turbulence is about to hit with a round of sharp milk price cuts coming into force.

Arla has announced the biggest cut so far – an eye-watering 2.16p/litre, which has triggered a flurry of cuts from other processors.

Coming hot on the heels of the co-op’s announcement of strong revenue growth in 2017, massive investment plans for the UK and globally, and the acquisition of the Yeo Valley organic brand – all suggesting strong confidence in the future of the industry – the cut was a bitter pill to swallow for many.

The NFU accused Arla of failing to share the “positive effects of this revenue [growth] or the strategy to manage risk in the market” and pointed out that demand for butter in the UK is stable.

But this doesn’t account for the wider European picture, where intervention stocks are still alarmingly high and now starting to be released at rock-bottom prices as they near the end of their usability, and global demand for protein remains low.

Unfortunately, too many farmers seem to breathe a sigh of relief when the milk price climbs above 30p/litre, thinking they can relax as prices have now returned to where they “should” be.

As soon as the price starts to fall, they immediately start complaining that it is unfair and unsustainable, that the industry cannot produce milk at this price and we will all go out of business.

Yet the UK five-year average milk price at the end of 2017 was 27.8p/litre and the current cuts still take us nowhere near the bleak depths of summer 2016.

Provided there are no further significant cuts this spring, we will still end up with a reasonable milk price for the year.

It should leave scope for profit for efficient producers, without putting us into the dangerous territory which sends farmers into production overdrive.

I’m not immune to the irony of supermarket shelves bare of milk bottles just a couple of weeks ago during the storms, as large processors struggled to manage their supply chain in the unprecedented weather.

The positive side was seeing many people return to small local shops, or even better, to on-farm vending machines, to source their milk. Hopefully many of them will have enjoyed the experience and continue their new-found shopping habits in future.

It is a testament to our product that milk is the first thing people panic-buy in a crisis. But just because we have a domestic market for liquid milk, it doesn’t mean we are immune to outside influences on milk price in this globalised, post-quota world.

On the evidence of recent history, I’m confident this spring’s appalling weather won’t be repeated for some years to come.

But I can’t say the same for volatile milk prices. Instead of complaining about the cuts, I’ll focus my energy on understanding the marketplace and attempting to keep my cost of production the right side of the average milk price.