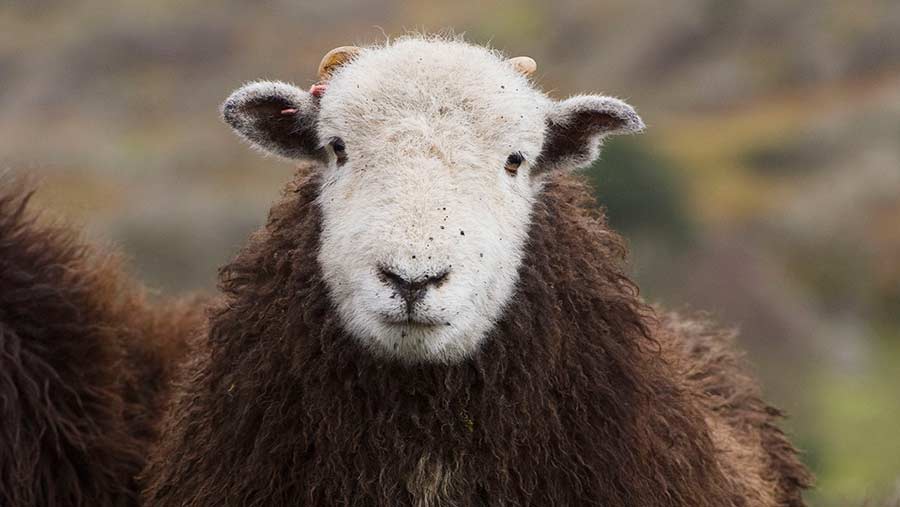 I have a confession to make. I have never been a great fan of sheep.

I freely admit to tucking into a roast leg of lamb with as much gusto as the next man and, as a student, was most appreciative of the late-night restorative qualities of a doner kebab. However, as animals, I’m afraid they leave me cold.

In my defence, I would add that I do have great respect for anyone who can make a living from the challenging and often poorly remunerated husbandry of a species whose principal aim in life appears to be to find novel, unpleasant and frustratingly inconvenient ways to die.

That said, sheep remain an integral part of the British countryside and have over centuries helped shape some of our most beautiful and iconic landscapes – not least the Lake District, which earlier this month was named a Unesco World Heritage Site.

David Alvis is managing director of Yorkshire Dairy Goats. He is a Nuffield scholar

As such, it joined an illustrious list of locations of “outstanding universal value” around the globe, including the Great Wall of China, Yosemite National Park and the pyramids of Ancient Egypt.

Unesco praised the Lake District for its beauty, farming and the inspiration it had provided to artists and writers over the years.

It is the first British National Park to be awarded World Heritage status and begs the question: Why has it taken so long for such a unique and culturally significant area to gain this recognition?

Step forward George Monbiot, writer, ecologist, long-standing critic of upland farming – well pretty much all farming, it seems – and a vocal supporter of the rather barmy concept of “rewilding” some of Britain’s uplands as a foil to the rapacious and unrelenting abuse of nature perpetrated by farmers on a daily basis.

There was a Monbiot polemic in the Guardian this week in which, responding to Unesco’s decision, he said “conservation groups… did nothing to prevent the Lake District, England’s largest and most spectacular national park, from being officially designated a Beatrix Potter-themed sheep museum”. He also described “sheep worship” as the “official religion in the Lake District”.

He then proudly claimed to be one of a small group who spoke out against the park’s bid for World Heritage status, having written on numerous occasions to Unesco to thwart its attempts.

This eco-tantrum exemplifies the one-eyed view of a hard core of environmentalists who are seemingly oblivious to the fact that our small island is home to more than 60 million people and blindly denounce the inevitable effect of human society on the natural landscape as unequivocally shameful and one that should be reversed at any cost.

Far from being a barren wasteland, the Lake District is a vibrant and thriving example of how nature, agriculture and tourism can coexist in ways that enhance and support one another.

Unesco recognition only serves to raise its international profile and with it the potential value of its produce, at a time when upland farming looks increasingly vulnerable.

Before calling for the reintroduction of the lynx, wolf or the sabre-toothed tiger (OK, maybe not) as he has so helpfully suggested in the past, perhaps Mr Monbiot might like to consider the potential effect of such folly on the livelihoods of real people.

Or better still, perhaps he should consider reintroducing another species, previously indigenous to lowland Britain, such as the lion to his own particular corner of Oxfordshire first and let us know how he gets on.

The more I think of it, the more sheep are growing on me.