Neighbour: “Did you properly check your meniscus?”

This has been the flavour of the farming conversation round these parts throughout April and May.

For those of you who, like me, have never been much troubled by a meniscus, let me explain. 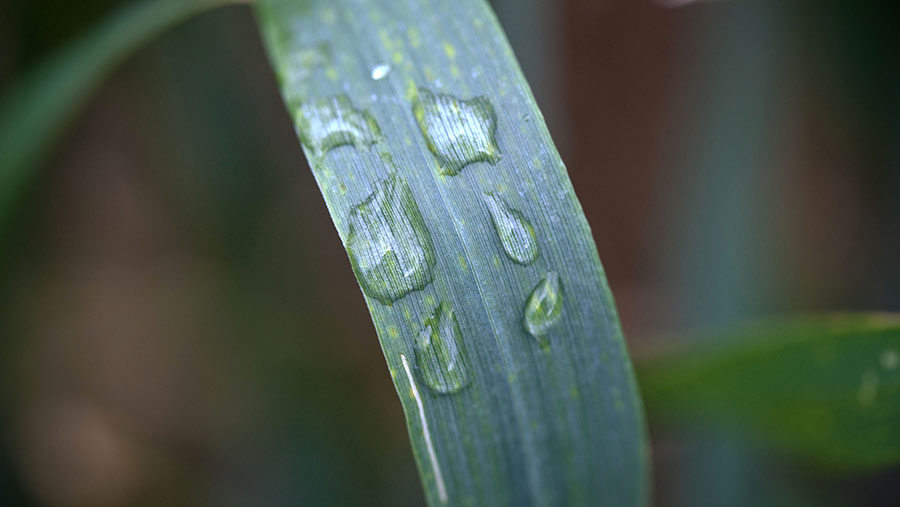 A meniscus is the curve effect caused by the surface tension of water that you can see if you stare hard enough at the amount of rain in a rain gauge.

It’s not normally something to worry about unless you have between just 1-2mm at the bottom of the gauge, which you are not sure how to record.

Meniscus is part of the new vocabulary that comes into use in periods of drought, along with other words such as “petrichor” – the smell of the land when rain finally breaks a drought.

Although recent rain may be helping loosen the grip of the drought, there’s nothing like a fierce spring drought to remind us of the fundamentals.

Just as we think we have enough to worry about, such as an election and Brexit, the weather duly pokes us in the back as if to say: “Never mind the sideshows, remember I’m the main act.”

Suddenly, we are far more interested in the weather forecast than we are in the rest of the news.

Nuclear proliferation in the Far East? Never mind that, what’s the chance of a decent shower tomorrow afternoon?

See also: We farmers are in a class of our own

If there was a positive to come out of a period of challenging weather, it might be that it helped keep a bit of perspective because you do wonder if the prospect of Brexit is causing some to overreact.

It’s not as if farmgate prices in recent years have been so generous that it’s indulged us all with the chance to be inefficient.

Similarly, I’m not at all convinced by arguments that British farming is carrying a heap of inefficiencies that it will now have to address because of Brexit.

Obviously we should always seek to be more productive and more efficient, but that’s not the same as assuming such inefficiency is rife or that thousands of businesses will be taken by the grim reaper that will appear once we leave the EU.

While there clearly will be big challenges ahead, it’s important not to get too pessimistic. If too many of us feel we are off to hell in a handcart because of Brexit, then that is where we could take ourselves.

We have to remain positive while taking our case to the government that it has a responsibility to lay down a new framework where farming gets the opportunity to thrive.

Maybe the spring drought will act as a reminder to consumers and politicians alike that food supply should not be taken for granted.

Across the world, from the US and Canada in the west to China and Japan in the east, governments have farm-support programmes for good reasons – and part of that thinking is a recognition that food supply is vulnerable to the vagaries of the weather.

Indeed, in many parts of the world, farm support – be it direct payments, counter-cyclical payments or government-subsidised insurance programmes – are put in place to help farmers survive bad weather cycles.

Anyway, as I write there has been some raindrops on the office window. It’s time to check my meniscus again.