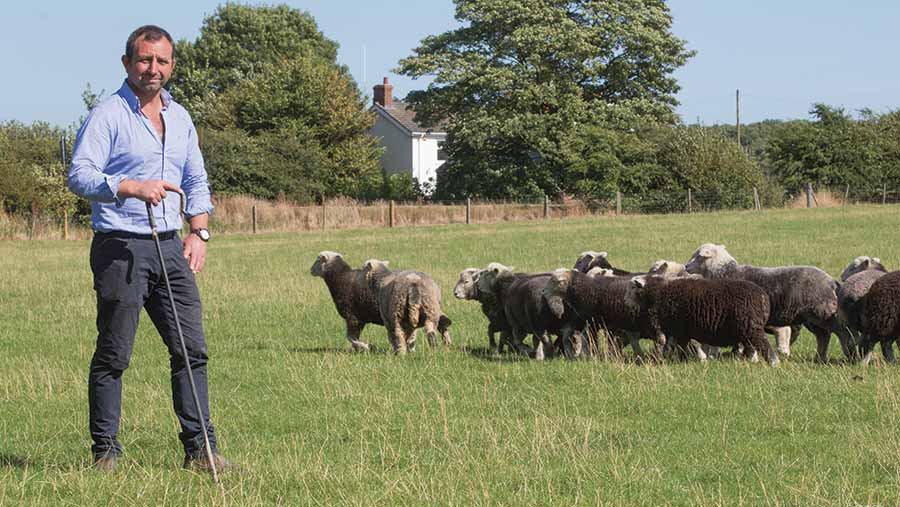 It might be the drillman, the stockman, the combine driver or even the farmer, but every farm has its own “character”.

They probably exist in every workplace but agriculture breeds them. Maybe it’s the nature of the job that attracts and cultivates them.

As well as having huge levels of endurance, you need to be incredibly versatile – capable of being everything from a plumber or joiner to a welder or vet.

Not to mention the need to be a comedian at times.

I never believe people who claim there are no characters left.

Farms up and down the country are bringing on youngsters with heaps of personality and charm.

Although he has fledged the nest now for a more advanced agricultural job, we recently had a young apprentice called Luke (nicknamed “Low cost” because of the wage rate he was on).

He may have looked more like Harry Potter than a Young Farmer, but in the two years he spent learning his trade here, he brought a ray of sunshine to us all.

OK, he made a few mistake but haven’t we all. He made this a happier workplace and, despite having an initially shy demeanour, he was very talented and flourished into a fantastic character.

Over the years, our farm has had quite a few characters.

There was Joseph Wilson, aka Joe, who was an adorable guy and our shepherd for about 25 years.

Joe was a slight figure of a man, but had a round face and a wry smile; he could be quite devilish at times. He wore the normal attire on a farm for the late 1970s – a flat cap, braces and, whatever the weather, would have his shirt unbuttoned down to his navel.

Joe singlehandedly managed all the 600 or so ewes we had at that time. He called everything that had a heartbeat “boy”, whether it had two legs or four.

He was a wonderful shepherd and had a marvellous way with the stock and they would trust and follow him anywhere, so he never needed assistance from a dog.

He could tip a big Scotch halfbred ewe on its back to do its feet with the ease of a judo expert.

I can never remember Joe raising his voice or getting flustered about anything. Even in the chaos of lambing, he would never need much help and always had time for me and my sister to help bottle the lambs.

Perhaps the only glitch in his character was while he would never drink while lambing was under way, he’d like one after it was finished.

One of my fondest memories of Joe was after lambing. There was a straggler in the field that Dad was struggling to lamb, so I went with Mum to find Joe.

As we drove to Joe’s house, there were £1 notes from a brown wage packet (that’s how long ago it was) fluttering down the lane then, at the end of the trail, we found his push bike upside down in the ditch and Joe underneath it fast asleep.

Once when Dad knocked on Joe’s door, he was asked to step in and found him sharing what I should best describe as an “intimate moment” with his wife (this might be too much information, but he still had his hobnail boots on).

Jonny the drill and dryer man

We also had a guy called John Johnson, aka Jonny, who worked for us for about 50 years.

He arrived on the farm with a threshing gang after the war and never left.

He was another slight chap, who had a thin face and a roman nose; it was as if his eyes were barely open.

He would lose his temper and frequently throw his flat cap on the floor with a round of swear words.

Jonny wouldn’t go anywhere without his dog, Polly, who was a great little ratter.

he was the offspring of my grandfather’s Jack Russell, crossed with my great aunt’s Yorkshire Terrier, much to her horror.

If you needed to find Jonny you just looked for Polly and he wouldn’t be far behind.

Jonny was our drill and dryer man.

He could drill a field of wheat in perfectly straight lines with his Massey 30 Drill, even though his eyes were nearly shut.

Never once did I see him with a blocked coulter, he was a complete perfectionist with his work.

His precision and dedication was always also seen in the dryer; we never had any corn going into the back-end with a high moisture content.

I spent hours in the dryer with Jonny, learning the ropes, when I was a young lad in my school holidays.

One of my fondest memories of these times is when we were sat outside the dryer having “a minute”, as Jonny would call it.

He would roll fat cigarettes – and then roll me a pretend one without the tobacco. On one occasion, as he puffed on his, he gave out a great big sneeze and all the tobacco shot out the end of his fag. My sides nearly split with laughter.

Not only were Jonny and Joe great characters, they gave me precious knowledge and skills I use in my everyday work – little things such as how to shovel wheat without making too much dust, or running ewes in a pen without a lot of stress and commotion.

These are things I will never ever forget, so God bless your souls, Jonny and Joe, you still live on here.