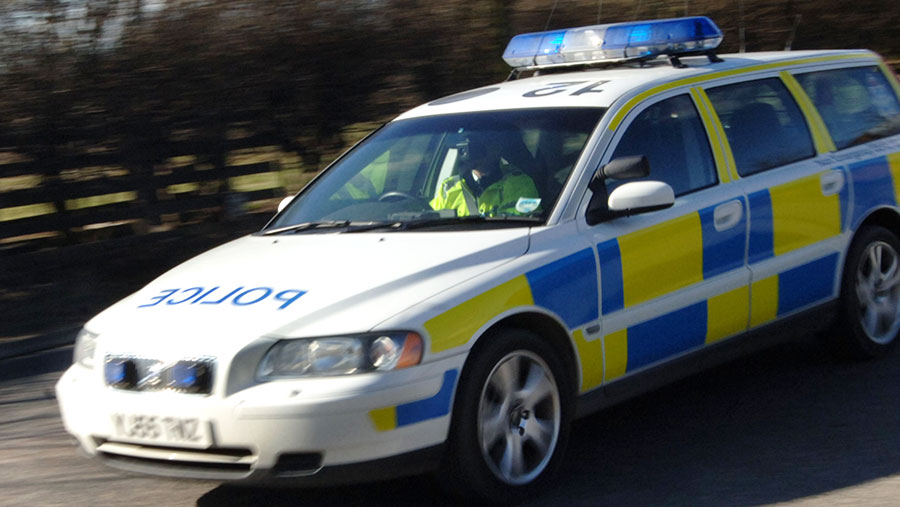 I recently had a bed sheet that was stuck in a dog. The first time you read that sentence, you would be forgiven for thinking that the dog was having a pretty bad morning. Actually, it was the bed sheet that was a very bad day. Allow me to explain.

I’m sure this will make no sense to anyone other than me and my new, all-singing all-dancing mobile phone, which has voice-recognition technology.

You see, what I actually said to the phone, when I was up on the hill that morning was: “I have a dead sheep this morning that is stuck in a bog.”

I ended up going home and getting a length of rope, which I tied to the “bedsheet” and pulled it out of the “dog” using my quad bike.

Neale McQuistin is an upland beef and sheep farmer in south-west Scotland.

I have only just discovered that I have a secretary in my pocket that will type what I dictate to it.

My new phone is not quite tuned in to my Galloway Irish twang yet, but it’s getting better the more I use it.

I can now make notes, or rather try to make notes, as I go about my daily chores on the farm using this voice-recognition feature.

I have to tell you that this has changed my life. Particularly when it comes to keeping the diary that supports my new environmental scheme.

Managing all the different aspects of the scheme is complicated enough, but if you don’t keep a diary of what you have done then it will end badly for you if you get an inspection.

Obviously, you still have to remember to transcribe the text from your phone into the scheme diary.

I didn’t actually get the new phone with the intention of making notes to myself or to a diary.

I got it because a policeman, who was sitting in an unmarked car opposite to me at a set of traffic lights, was seriously unimpressed with me.

I’d taken the chance while I was sitting waiting for the lights to change to listen to my voicemails with my old mobile phone up to my ear.

I suppose I could have argued that I wasn’t actually driving. But was the policeman the kind of man who would look favourably on that argument? No he wasn’t.

Did I get a £100 fine and three penalty points? Yes I did. I’m not proud of that and I don’t want it to happen again.

After I got my new phone, I headed straight for the Apple store in Glasgow.

A new set of wireless ear phones were purchased for a price that made the fixed penalty from the policeman look quite reasonable.

However, the extremely charming young lady who sold me the earphones was very nice and wanted me to have a nice day – after she had relieved me of my money. Unlike the policeman.

You can often spot farmers and farmworkers with a mobile phone at their ear as they trundle along in slow-moving tractors.

It makes us easy prey for policeman and for criticism from the public in general. Worst of all, it does make us a danger to others.

Take a fool’s advice and get some hands-free kit for your mobile phone.

It will make you and others safer, could save you a fine and might even come in handy the next time you find a bed sheet stuck in a dog.