I was recently honoured to be invited to sum up the morning presentations at an open day, hosted by the Stabiliser Cattle Company.

The event marked the end of a five-year project funded by the then-Technology Strategy Board, now Innovate UK, to develop breeding values for net feed efficiency in suckler beef production.

Hardly the stuff of headlines, you might think, but despite its seemingly mundane objectives, it could yet prove to be a groundbreaking example of how public money, commercial focus and strategic vision can be harnessed to deliver potentially transformational outcomes for a sector that has endured decades of systemic lack of profitability and subsidy dependence. 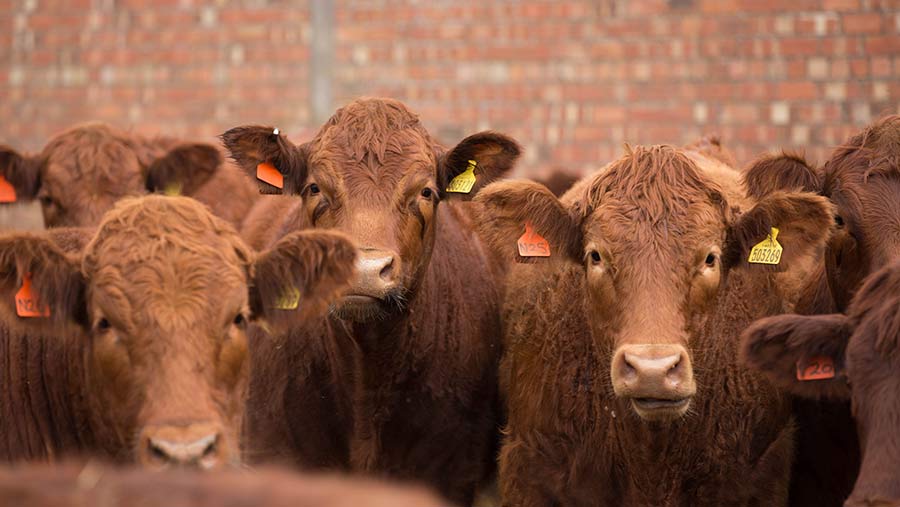 On a glorious late spring day, in a cattle shed perched atop the Yorkshire Wolds escarpment, boasting what must be one of the most spectacular views in England, more than 100 delegates from across the beef supply chain were treated to a refreshingly optimistic vision of the future for suckler beef production in the UK.

The Stabiliser breed, a composite hybrid of four traditional European breeds, was developed by the Leachman Cattle Company of Colorado and first imported to the UK in the 1990s by the newly formed Stabiliser Cattle company based in East Yorkshire.

It has been intensively selected to produce a highly efficient, modern suckler cow that delivers on all the major drivers of suckler beef profitability. In other words, low maintenance, moderately sized, fertile cows that reach breeding age early and produce easy-calving, fast-growing calves that in turn convert feed quickly and efficiently into consistently high-quality beef.

Given that combined maintenance costs of the cow herd and the resulting progeny can account for 70-90% of total input costs in a suckler/finisher system, the net result of intelligently selecting for and measuring the right traits for both cow and calf is significantly improved efficiency of the whole system.

In this case, the result is increased margins of more than £300 a cow a year above the industry average.

No wonder the breed is now the fastest growing in the UK, doubling in number from 28,000 to 56,000 registered animals in the past six years alone.

Having been personally involved in the funding of this project, I was particularly pleased to see how a relatively modest tranche of public money has been so effectively deployed. Indeed, it could potentially revitalise a sector of UK agriculture in such need of both innovation and focus on the key drivers of sustainable profitability.

While the Stabiliser breed stands to establish a greater foothold in the UK beef market as a result (and if the quality of the beef enjoyed at lunch that day is anything to go by, it will be to everyone’s benefit), the whole UK beef sector stands to gain hugely from adopting the focused and systematic approach to beef production employed by the innovative and forward-looking group of producers involved in this project.

As we venture into a potentially brutal and unforgiving post-Brexit world, competitiveness and market focus has never been so crucial for the future success of British agriculture.

Examples such as this demonstrate, however, that innovation isn’t all about whizzy new technology and is as much about doing a better job with what we already have.

The difference between profit and loss – between success and failure – is far more about mindset and about focusing on what you can change, than worrying about what you can’t.